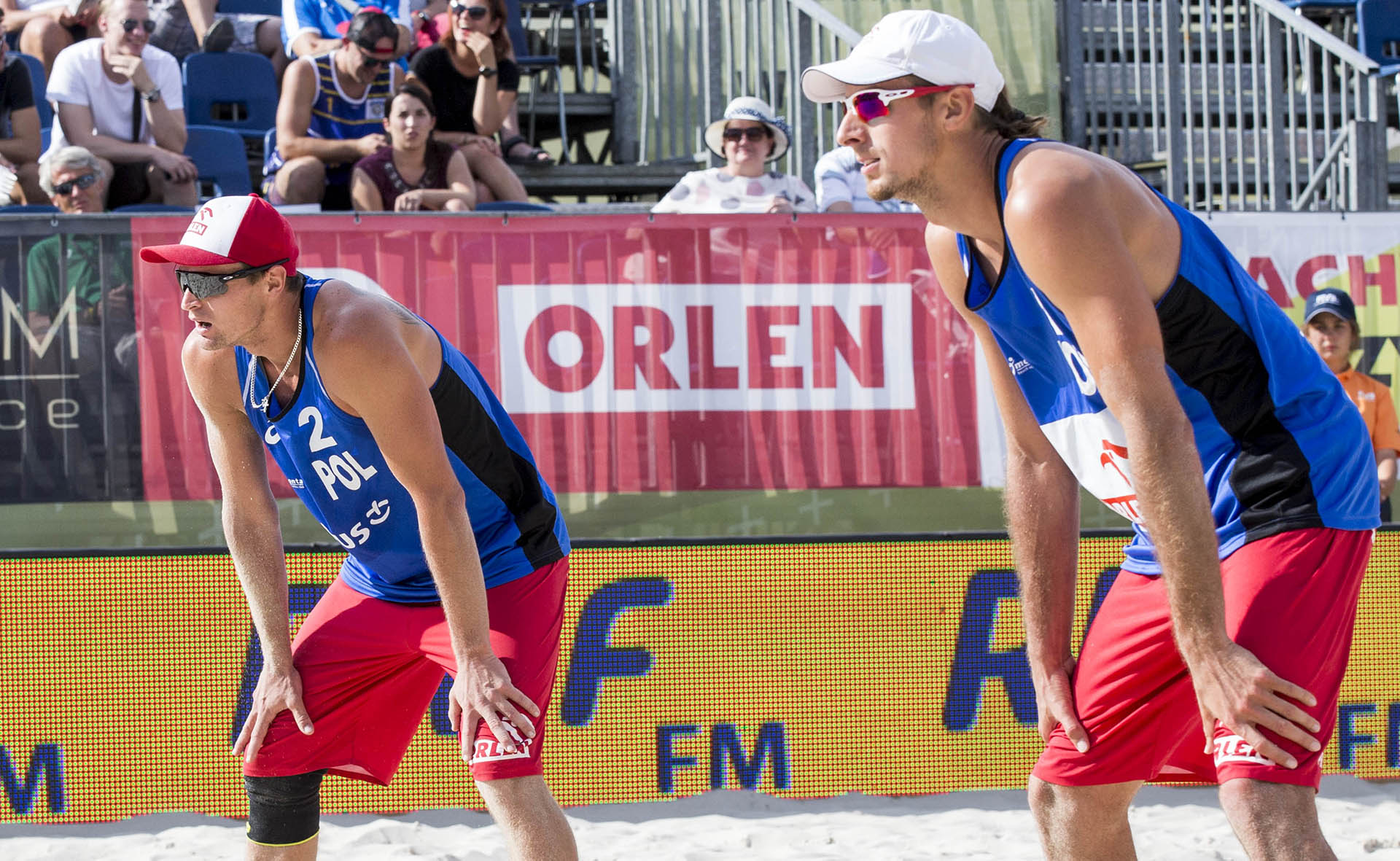 Mariusz Prudel an Jakub Szałankiewicz finished the 2018 World Tour Warsaw ranked 17th after suffering a loss from their Spanish rivals in the first round. Maciej Rudol and Kacper Kujawiak did not progress from the group phase after their second defeat.

Prudel and Szałankiewicz were beaten by the winners from Ostrava - the Spanish duo Pablo Herrera and Adrian Gavira. Herrera who celebrated his 36th birthday on the match day made a present for himself by this victory. The Poles were not able to avenge Kantor and Łosiak, who were defeated by Herrera and Gavira in the gold medal match in Czech Republic last Sunday.

Prudel and Szałankiewiczhad a chance for equal game with their opponents only in the second set. They were unsatisfied with their own performance and the strong wind didn't favor them either. - All depended on which side of the net we played. At one point it was good, but after winning seven points, when we had to change sides, we had to struggle a lot - said Prudel. - We played very bad and didn't fullfil our coach's plan. He wanted us to keep the rivals far from the net with our good service, but this wind didn't let us do it. We didn't show what we can do. Certainly, we will try to change something in our game - explained Szałankiewicz. - It's bad luck that we face the winners of the last tournament. But the world's men top has changed a lot and now it's more than 30 duos included in it, small details decide on who wins - added Prudel.