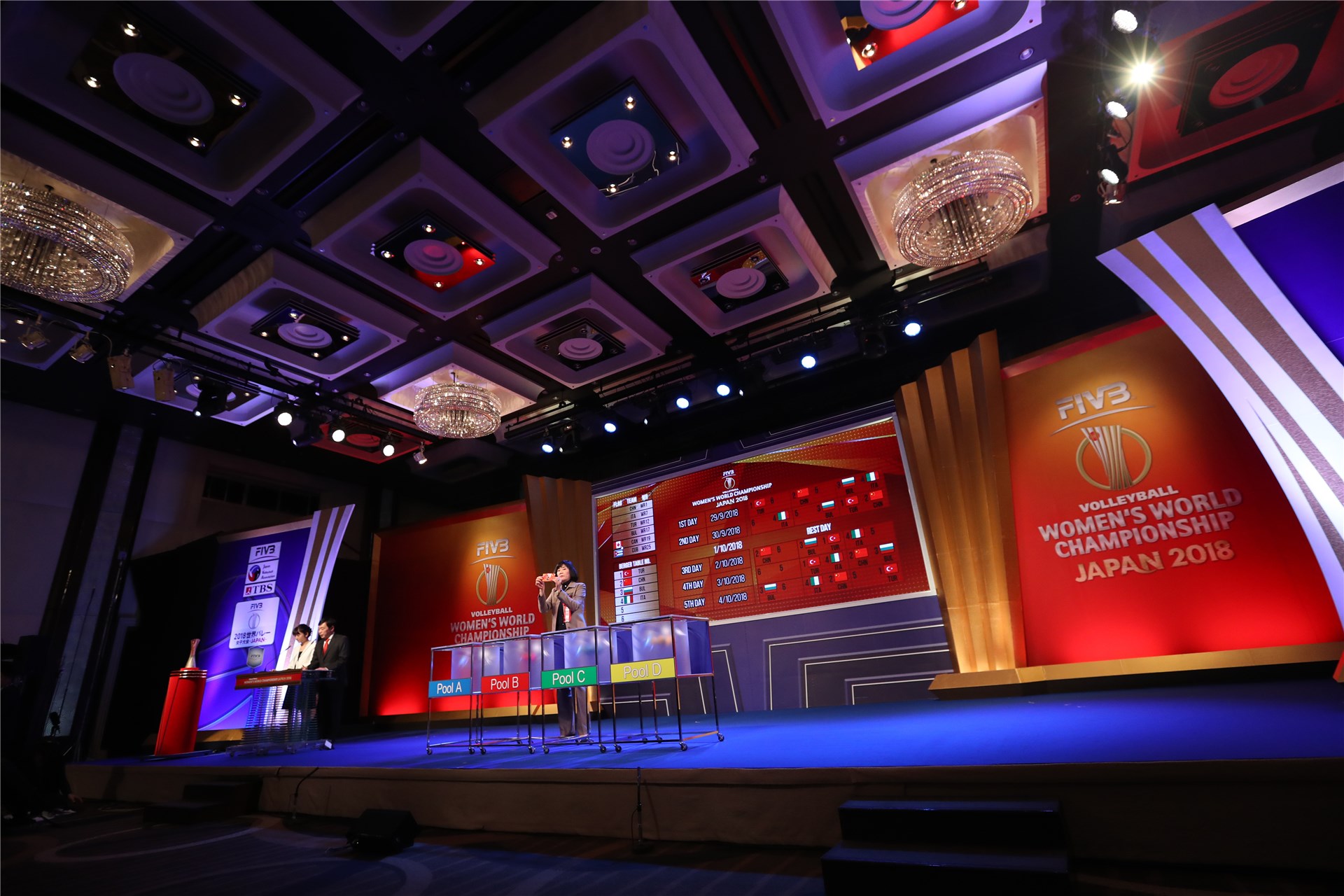 The composition of the four first round pools was confirmed at the FIVB Volleyball Women's World Championship Japan 2018 draw in Tokyo on Thursday.

Held at the Keio Plaza Hotel in Tokyo, Japan, the draw split the 24 teams participating in the event into four first round pools of six teams each. Click here for more information on the competition format. 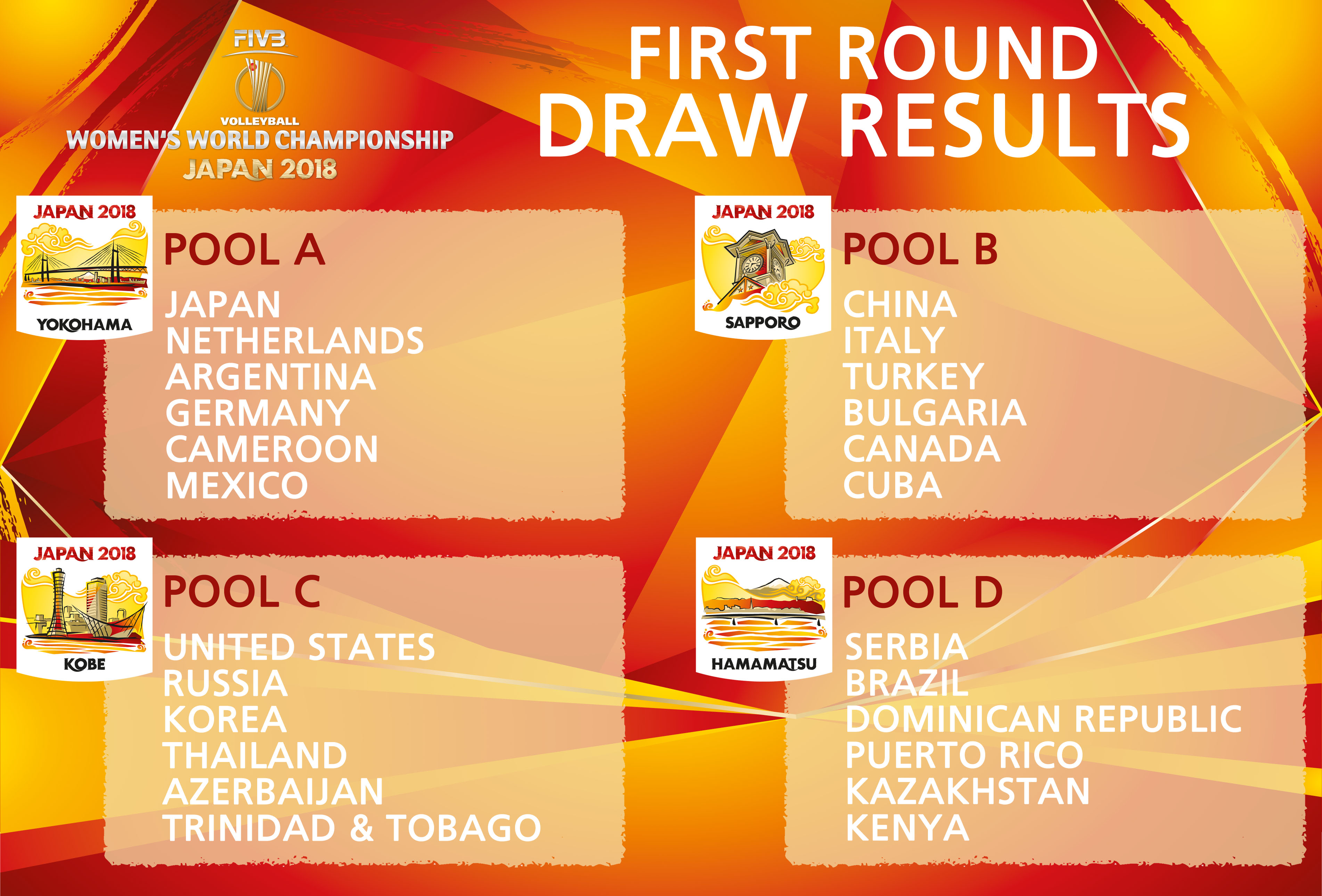 Next year's edition of the FIVB's flagship event for women's national teams will take place in the cities of Yokohama, Hamamatsu, Kobe, Nagoya, Osaka and Sapporo from September 29 to October 20. It will follow on from the FIVB Volleyball Men's World Championship Italy-Bulgaria 2018 from September 9 to 30. The draw for the Men's World Championship was held in Florence, Italy on November 30. Click here for more information.