Home teams off to EuroVolley flying start, France cause sensation 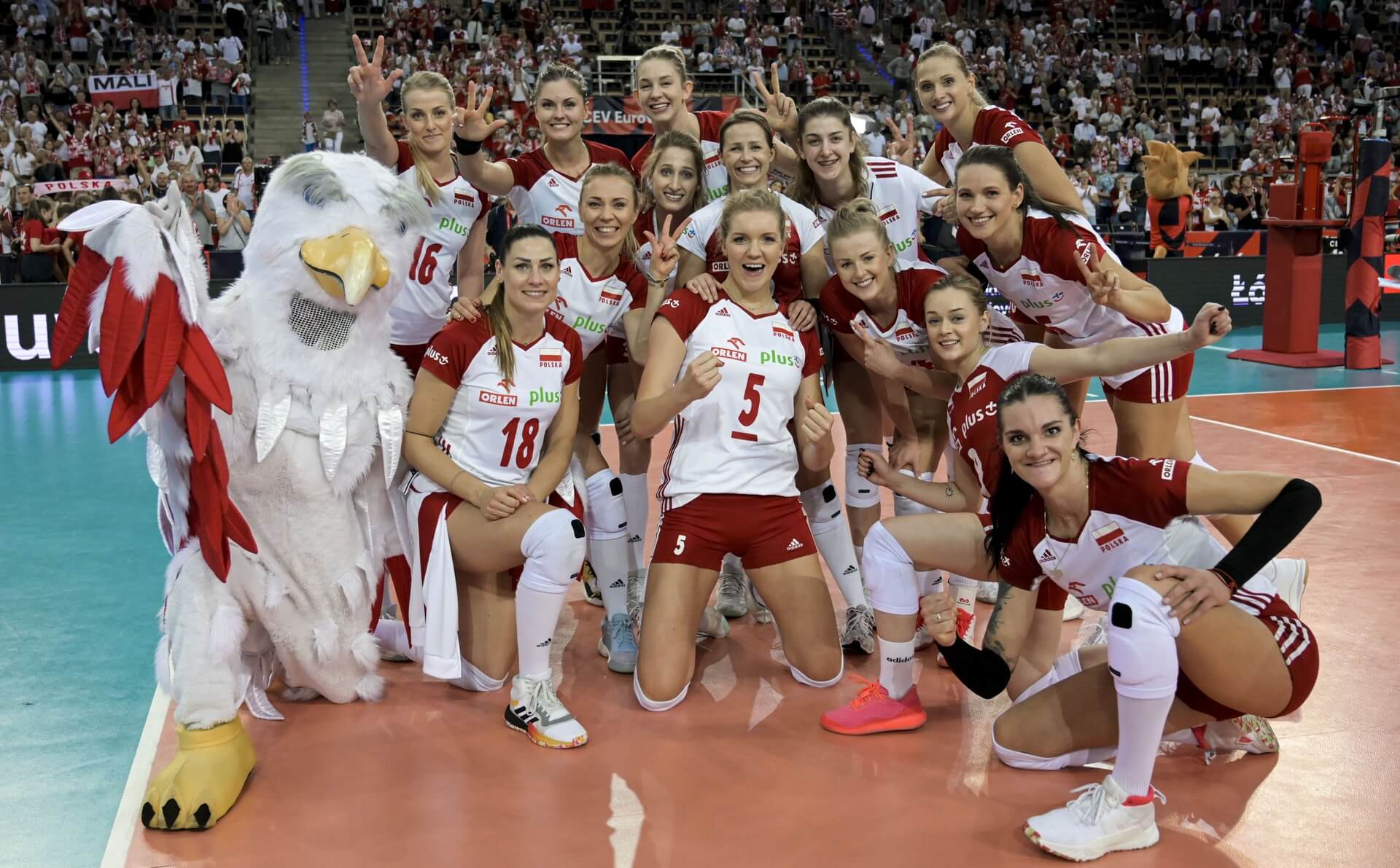 It has been a day filled with positive energy and emotions especially for the four host countries of a history-making CEV EuroVolley 2019 Women, since Turkey, Poland, Hungary and Slovakia all celebrated 3-0 wins to start their campaign in emphatic style. There were no major surprises with all of the pre-favourites – such as Serbia, Russia, Italy and the Netherlands – recording comprehensive victories. However, France caused quite a sensation in Ankara as they beat Bulgaria 3-2 to celebrate a memorable comeback to the European stage after a break of six years. The competition continues on Saturday with eight matches. Make sure you visit the official event website https://eurovolley.cev.eu for all details and follow the event on the CEV’s social media channels as well.

Pool A in Ankara (TUR)

•    France caused the first sensation of the tournament, as Les Bleues stormed to a sensational 3-2 victory over Bulgaria in the match that got action underway at Ankara Sports Hall.
•    As they returned to the EuroVolley stage for the first time since 2013, France showed that they are steadily improving the quality of their game as they rely on a mix of younger and more experienced players while preparing for the Paris 2024 Olympics.
•    Reigning European and World champions Serbia showed no mercy in their matchup with Finland and used all of the players on their roster to secure a comprehensive 3-0 victory.
•    Finland contested their first EuroVolley match since 1989 but ended up losing 0-3 and suffered an additional setback as their player Emmi Riikilä sustained an ankle injury.
•    Turkey delivered a real show much to the delight of their fans to rout Greece in three sets and start their quest for an unprecedented European title.
•    It was the first international match for Naz Aydemir Akyol since the birth of her son Pamir nine and a half months ago. She briefly took to the court, as the ‘Sultans of the Net’ looked especially dominant in the third set.

Pool B in Lodz (POL)

•    Belgium’s Yellow Tigers opened the programme at the Atlas Arena with a 3-0 victory over Ukraine.
•    The Polish venue is somehow special for the ‘Tigers’ since this is where they qualified for the 2014 edition of the World Championships after edging hosts Poland.
•    Italy looked dominant and in full control as they easily thrashed rookies Portugal.
•    Paola Egonu was the top scorer for the ‘Azzurre’ while Portugal could not crown their EuroVolley debut with success.
•    Poland were just as dominant in their match with Slovenia, which ended in a 3-0 win as well.
•    As many as 5,400 fans attended the debut of the White-and-Reds and even though Slovenia put up a fight in the second and third sets, Malwina Smarzek-Godek (24 points) and her teammates secured a comprehensive victory.

•    Azerbaijan came from behind in the tiebreak of their opening match with Croatia to secure a much-needed 3-2 victory.
•    This result is a boost of energy for Azerbaijan, who are hoping to improve on the fourth place they claimed two years ago on home soil.
•    The Netherlands – silver medal winners in 2015 and 2017 – started their journey with a commanding 3-0 victory over Romania.
•    Celeste Plak and Yvon Belien were the top performers for the Dutch side on the day.
•    The day in Budapest ended in a big party as the hosts from Hungary cruised to a 3-0 victory in their matchup with EuroVolley rookies Estonia.
•    It was a truly special night for the home side as well as for the 2,300 fans in attendance who witnessed Anett Nemeth & Co. ease past their Baltic opponents.

•    In a matchup featuring the co-hosts of the 2013 edition, Germany needed three sets only to beat Switzerland.
•    It is the first time Switzerland play at the EuroVolley after making it through the qualification rounds.
•    The second 3-0 victory of the day followed shortly afterwards – as Russia beat their neighbours from Belarus in three sets.
•    It is a promising start for the 2013 and 2015 European champions, who two years ago lost in the quarterfinals to Turkey and are out to make amends for that setback.
•    Slovakia celebrated their EuroVolley premiere on home soil in the best way through a 3-0 victory over Spain.
•    It is not only the first time EuroVolley takes place in Slovakia. The event runs in conjunction with the celebrations for the 100th anniversary since the introduction of the game in the country.