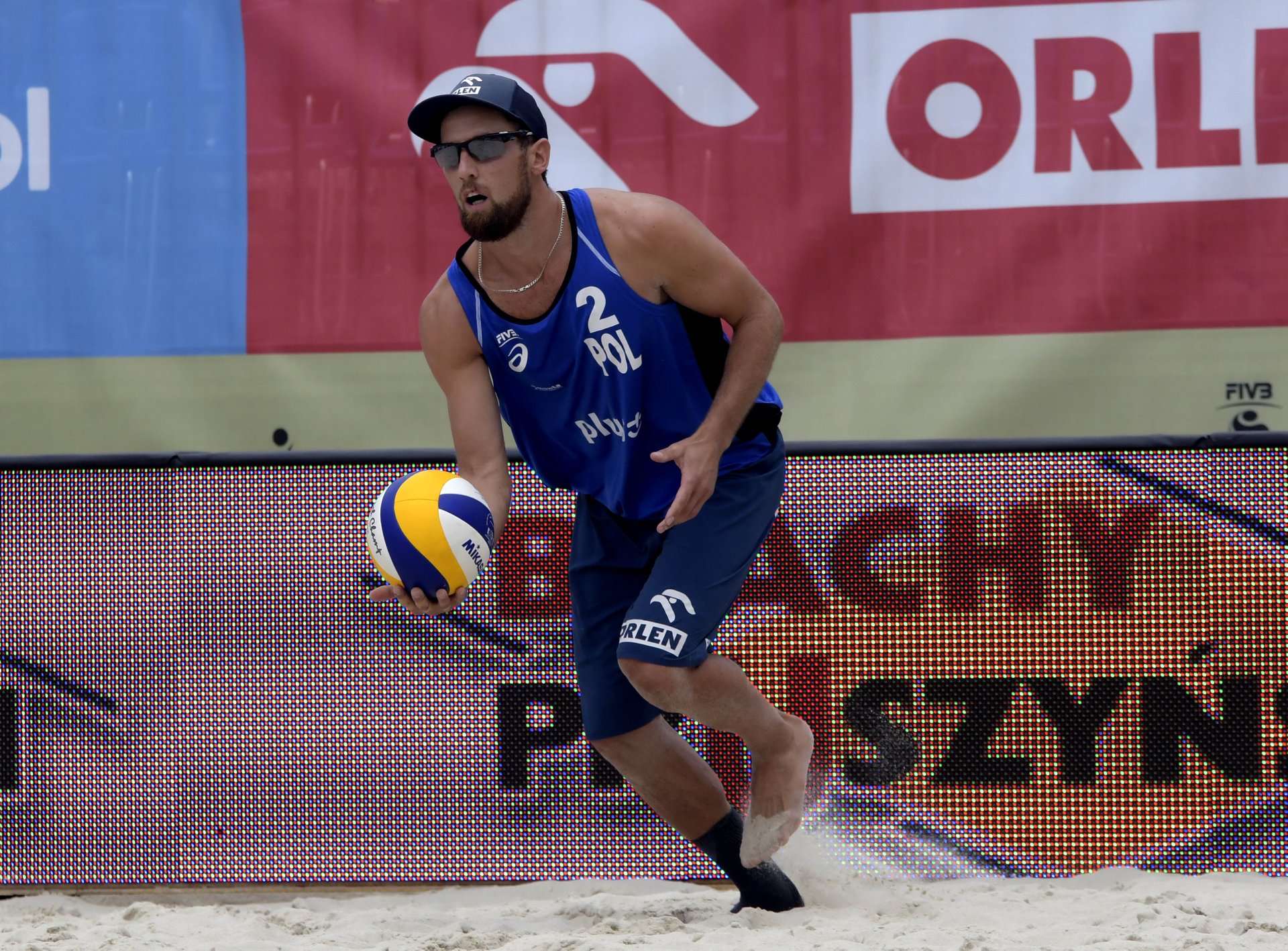 The match between the Polish duo Fijałek/Bryl and the Mexicans Virgen/Ontiveros delivered the biggest amount of emotions yet in World Toour Warsaw 2018. The first set was played on the edge, in the second Poland were a few points behind, but they evened out the score up and claimed a victory in the tie-break.

- This was a good opening of the tournament for us. We are most happy about the fact that after such struggling in first set, after making some silly mistakes although we had it under control bedfore, we found our way to victory in this match. We wanted to show that we are in good shape. We worked hard during last two weeks and we played well in last tournaments. Here we had an additional stress playing at home, even if it didn't show.  We should have played calmly, like we did from the middle of the second set and then it would have beeb a nice and fun match - emphasized Grzegorz Fijałek.

In the second set he and Bryl were losing 14:10, but they caught up and celebrated a victory in the tie-break. - The faith that we can do it was the key to this victory. At the beginning there was a lot of stress, but we managed to overcome it and we started to work better together. We could have won the first set, but we made a few stupid mistakes and it went in Mexicans’ favour, but then our good game came back and it ended with our victory. There was a lot of emotions both for us and the fans and hopefully thanks to it more people will attend the next matches supporting us, because the best thing is to play at home, in Poland - said Michał Bryl.

- We had to eliminate our mistakes, because the opponent didn't show anything unexpected. We surprised ourselves more with bad receiving and then with chaotic setting. We had to calm our game - added Fijałek. For them, like for the rest of the duos, the decisive part of the season has already started - There is some fatigue, because the second half of the season before the European championship is the most important period for us. We play tournaments week by week, but it's great that in front of our home crowd we are able to revive in the first match. We are a team,that needs time to show what we can do - said Fijałek.

After the first victory, Fijałek and Bryl got a chance to qualify directly to the second round of the World Tour Warsaw 2018. Their opponents in the second match were strong Brazilians - Vitoa Felipa and Evandro Goncalves - who defeated the hosts in tie-break.

- The Brazilians are top-level opponents, you need to play your best aganst them but unfortunately we had some downtime in the second set and they got more confidence. In the first set we blocked and defended a lot, we also added good service to it. With the Brazilians you have to play point-by-point. In the tie-break we entered the court highly motivated and self-confident, but one service landed in the middle of the court and then we lost our game. On Friday we continue fighting, because that's what we are here for. There are many fans here and if the weather is good, there should be a lot of fun in the stands - said Fijałek. On Friday they will play in the first round to stay in the competition.