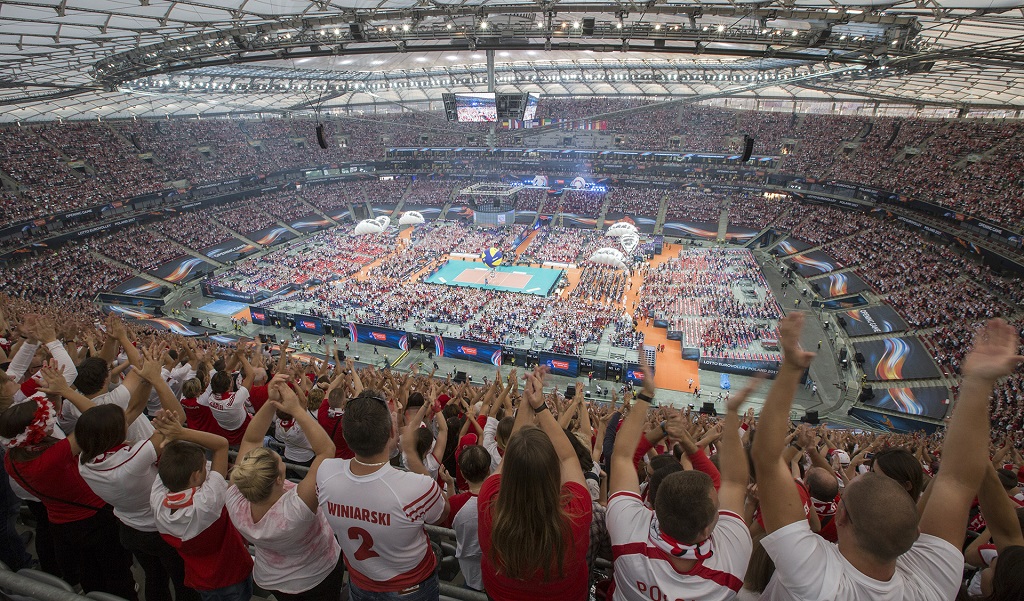 The 2019 EuroVolley will be a truly historic one – with as many as 48 teams – 24 per gender – participating in the Final Round and eight countries playing host to the ultimate Volleyball party. France, Slovenia, Belgium and the Netherlands will organise the men’s EuroVolley as Turkey, Poland, Hungary and the Czech Republic will host the top teams in women’s Volleyball. With 12 teams already qualified for each of the two championships, there are another 24 spots – 12 per gender – at stake to compete at the next EuroVolley and fans can expect a close race to unfold with the qualification process set to start in August 2018 and finish in early January 2019.

Next to the four host countries (France, Slovenia, Belgium and the Netherlands), another eight have qualified for the Final Round already as per the final standing of the record-breaking 2017 edition held in Poland. These are Russia, Germany, Serbia, Italy, Bulgaria, Czech Republic, Poland and Turkey.

The qualification process for the 2019 edition starting in August 2018 features 26 teams competing across seven pools as follows: 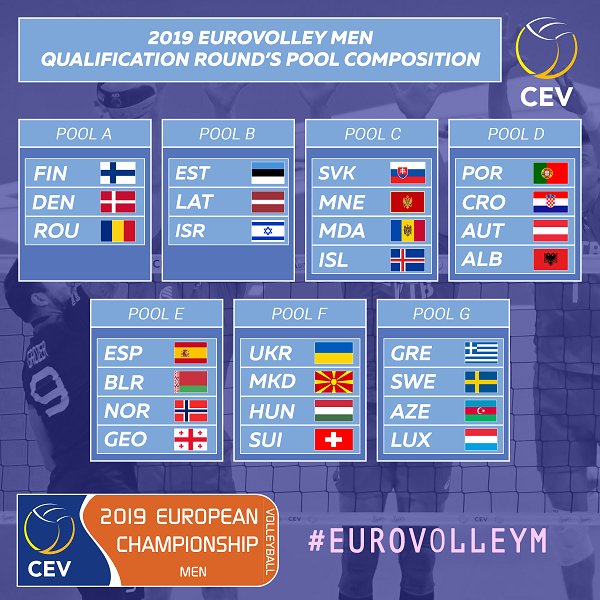 There being seven pools, five with four and two with three teams respectively, all pool winners and the five runners-up with the best result will participate in the 2019 Men’s EuroVolley. Since there is a different number of teams across the seven pools, the results of the matches played with the teams finishing last in the pools of four will be discarded in order to determine the five best runners-up across all pools. Teams in the same pool will be playing each other twice, once at home and once away as per the schedule below.

Next to the four host countries (Turkey, Poland, Hungary and the Czech Republic), another eight have qualified for the Final Round already as per the final standing of the 2017 edition held in Azerbaijan and Georgia. These are Serbia, the Netherlands, Azerbaijan, Italy, Russia, Belarus, Germany and Bulgaria.

The qualification process for the 2019 edition starting in August 2018 features 24 teams competing across six pools as follows: 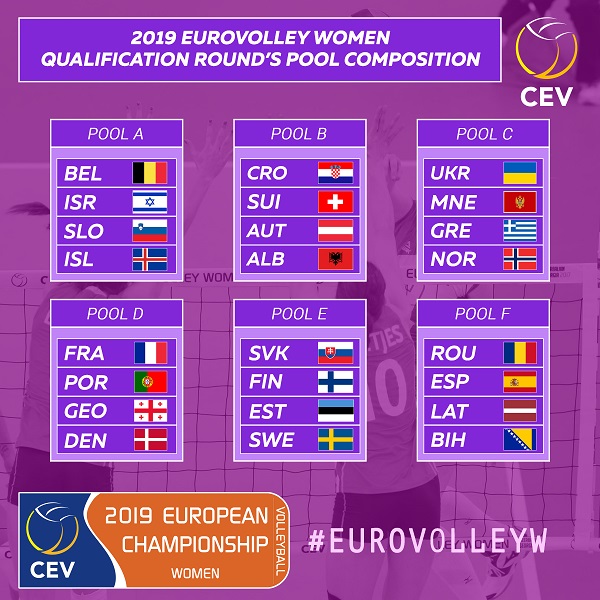 There being six pools of four teams each, the winners and runners-up of each pool will participate in the 2019 Women’s EuroVolley. Teams in the same pool will be playing each other twice, once at home and once away.

The pool composition results from the latest European Ranking for men’s and women’s national teams – as of September 4 and October 2, 2017, respectively – with teams being placed across the pools according to the serpentine system.

The schedule of the qualification matches reads as follows: