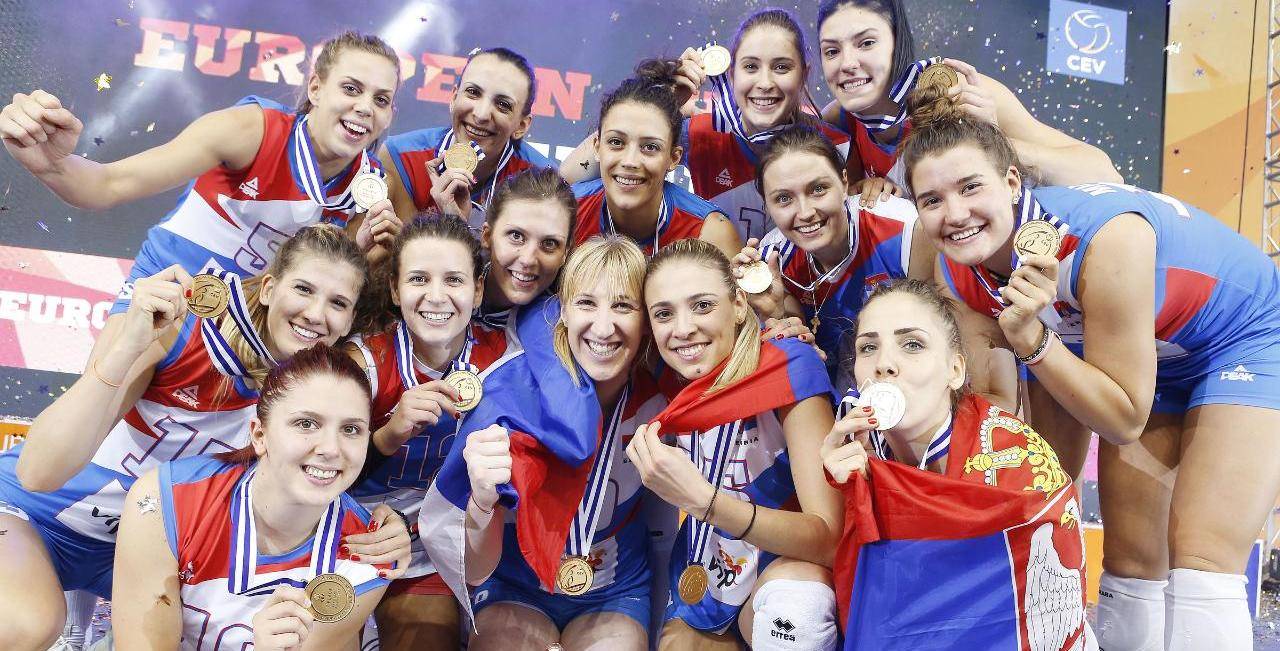 Serbia were the dominant force at the 2017 women’s EuroVolley co-hosted by Azerbaijan and Georgia – and following their gold-medal winning performance in Baku they have now moved to the top of the latest European Ranking for women’s national teams. Dethroned European champions Russia and Italy complete the top three, with the 2017 women’s EuroVolley runners-up, the Netherlands sitting now in fourth place.

Click here for the complete ranking as of October 2, 2017.

Serbia dropped only two sets in the six matches they contested in Ganja/Göygöl and Baku and they deservedly claimed gold on Sunday after edging the Netherlands 3-1 to secure their second European title in history. They previously stood on top of the podium in 2011 in Belgrade. Serbia’s medal tally includes silver from the 2007 edition as well as bronze in 1951 (as Yugoslavia) and 2015.

This nice movie helps us review what all happened in Azerbaijan and Georgia from the start to the end of the tournament – with Serbia lifting the trophy on Sunday, October 1 at the iconic National Gymnastics Arena in Baku:
The latest European Ranking takes into account the final standing of the 2017 women’s EuroVolley – including the qualifying stages organised in 2016.

The co-hosts of the 2017 women’s EuroVolley, Georgia have improved their previous ranking by as many as seven places – even though they did not win any of their matches in Pool B but took one set from their matchup with Croatia. It was Georgia’s first-ever appearance in the Final Round of the European Championship and everyone hopes this will provide an extra boost for the further development of Volleyball in the Caucasus country.

Apart from Georgia, Portugal and Montenegro are the nations boasting the biggest improvement – as they moved up the charts by five places apiece to sit now in 21st and 22nd, respectively.