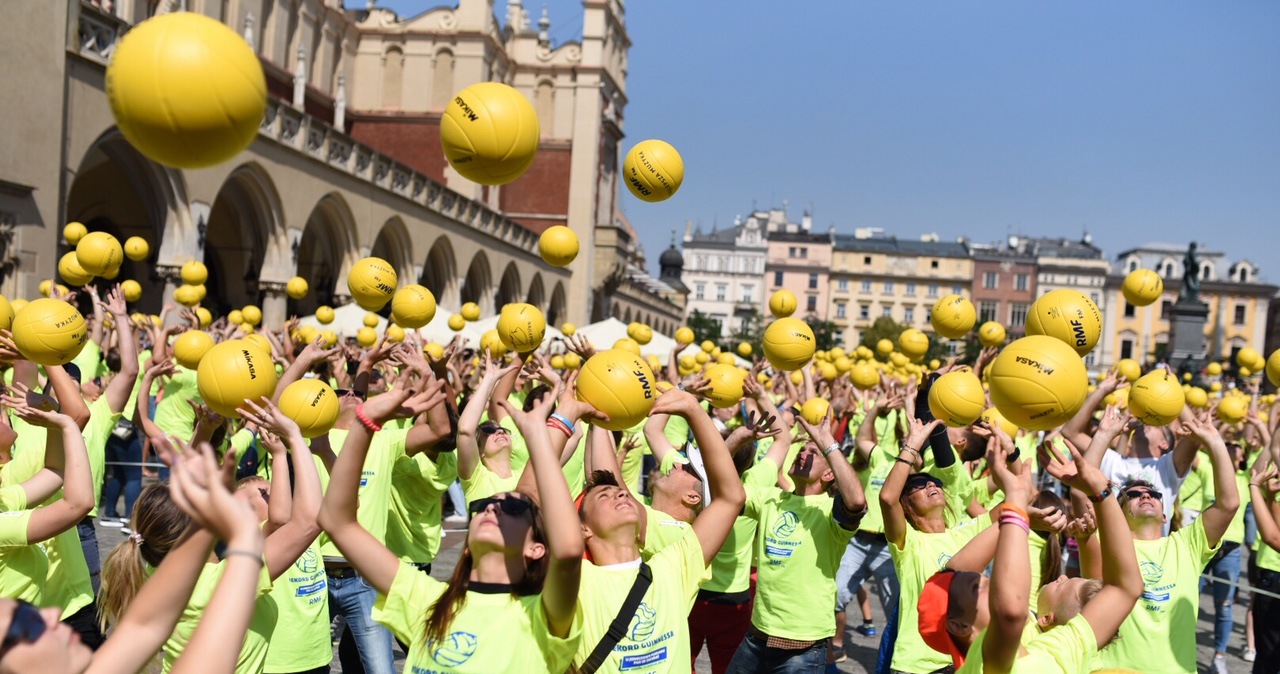 Polish fans once again proved that they are the best in the world. On August 24, at the main square in Krakow they set a new Guinness world record in simultaneously setting volleyballs.

The event was organized by RMF FM (one of major Polish radio stations and PVF media partners) on the occasion of the official opening of LOTTO EUROVOLLEY POLAND 2017. In this successful attempt not only fans, but also former volleyball players of the Polish national team, music and fitness celebrities took part - with as many as 1886 participants in total, however, only 1806 met the criteria of setting balls correctly. All competitors who have established the new Guinness world record may receive individual certificate confirming their participation in beating the record.

According to Guinness World Records requirements every participant had to set the ball for at least 10 seconds. The previous record was established in Taiwan with 299 people.