No all-Polish clash at World Tour in Warsaw 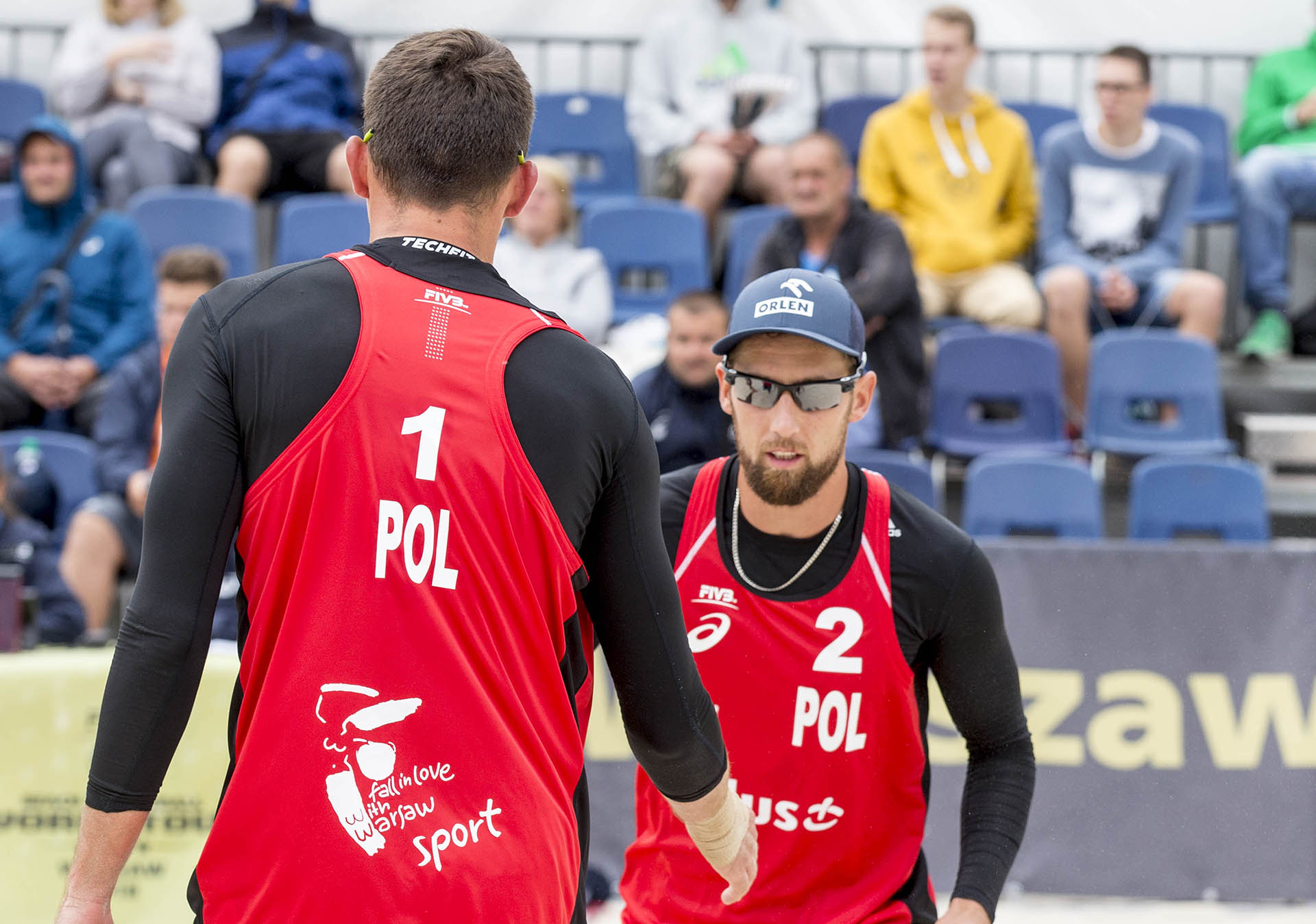 The World Tour Warsaw is already over for Grzegorz Fijałek and Michał Bryl who were defeated by the Czech duo  Perusic/Schweiner 0:2 (19:21, 13:21). The Poles are ranked on the 9th place.

The Polish teams currently have not had luck in clashes against their southern neighbours. In the group phase Piotr Kantor and Bartosz Łosiak lost the match against Ondrej Perusic/David Schweiner,. Fijałek and Bryl did not manage to avenge that defeat.

- They didn't show anything unexpected. It’s just that our game in sideout was worse, we had problems with finishing balls from first action after reception. On this level these mistakes are unacceptable. We had our chances. We tried to be in step with them also when they jumped ahead with the score, but we didn't succeed - said Fijałek. - During the entire tournament we played well. The Czechs played exactly what we expected, but we didn't manage to get our game in order- added Bryl.

It was the fourth match for Bryl and Fijałek at the World Tour Warsaw, but the first one not to end with a tie-break. – We played some difficult tie-breakers here, during which we showed good volleyball. This game against the Czechs is the weakest point in our performance here - said Bryl.

- The Czechs now have their moment, they also played pretty well last week in Ostrava - commented Fijałek. For the fourth time this season the Fijałek/Bryl duo finish 9th. Now they are going to train in Spała for a week, and then they will participate in the five-star World Tour event in Gstaad, which starts on July 9th.