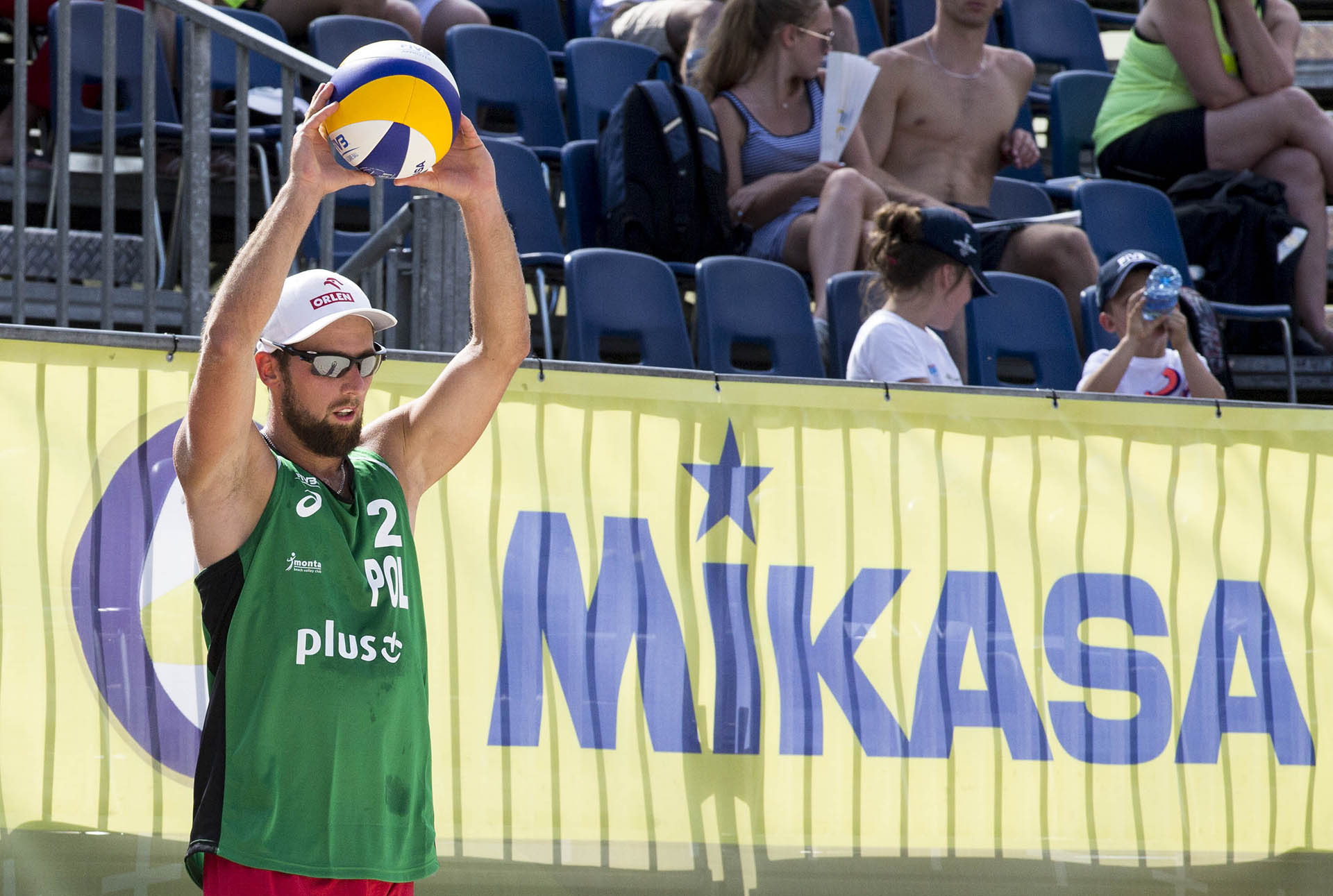 Grzegorz Fijałek and Michał Bryl celebrated a victory over Varenhorst/Bouter of the Netherlands after thrilling match in the first round of the World Tour Warsaw and advanced to the top 16. It was the fourth encounter betwen them in this season!

For Fijałek and Bryl it was the third tie-breaker played during the event held at Monta Beach Volley Club.

- Fighting spirit was the key to this victory, as was the will to show that we can win after yesterday's defeat against Brazil, which was a small blunder – said Michal Bryl who together with his partner have become tie-break experts of sort. – It’s already a bit tiring, because we have played too many sets. We have to close the first set, because it looks that our concentration runs away and then we have to catch up the score.

-  It was a total war! We played against them already for the fourth time this year and we won for the fourth time as well. They are not easy rivals, especially for me when I have such a wall in front of me, but we managed to win. It’s a pity that we didn’t win the first set, at the beginning we controlled the game, then they jumped out and with two stupid mistakes at the end of the set we had to struggle. But it’s already something typical for us, because it’s approximately our eight tie-break, it’s cool that we win, because it makes us stronger. We play well tactically, which is crucial in the tie-breaks, because tactic and a cool head are decisive for a victory – commented Fijałek

On Saturday at 9:30 they will play against Perusic/Schweiner from Czech Republic, who already defeated Kantor and Łosiak.  - Tomorrow it’s going to be a tough fight and I hope that it will be our and Poland’s day! – said Fijałek. Fijałek/Bryl and Kantor/Łosiak are the last two Polish pairs which are still competing at the 2018 World Tour Warsaw.