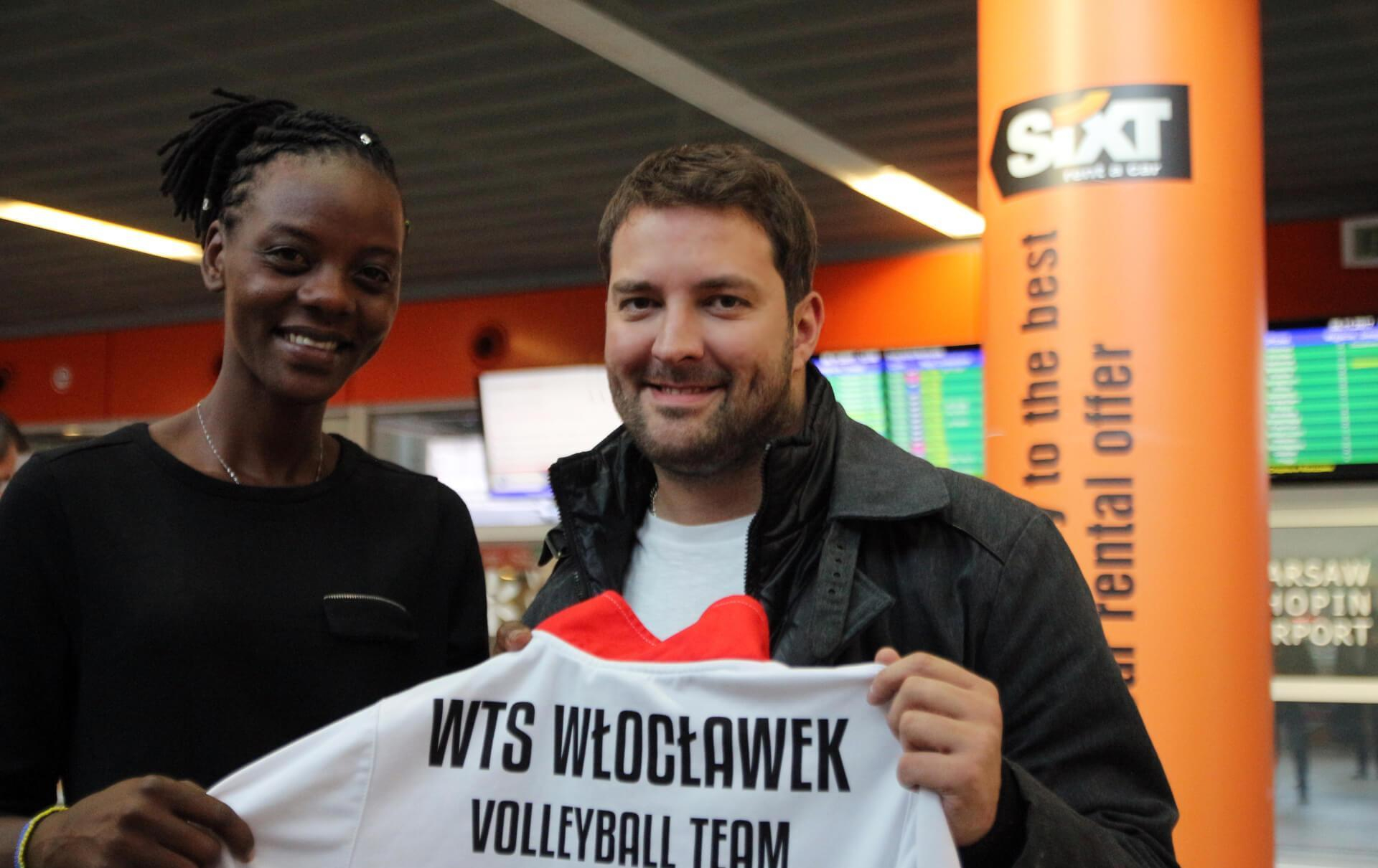 Kenyan volleyball player Gaudencia Makokha arrived in Poland on Monday, and already a day later she visited her new colleagues during their training. Makokha has signed a contract with the Polish Second League club - WTC Włocławek.

- After arrival, Gaudencia Makokha visited club's facilities and met her new colleagues and the coaching staff. She was free for the rest of the day, because we didn't want to burden her with training right after the journey - said Marek Zacharek, head coach and president of WTC Włocławek.

The club met the Kenyan player for the first time during the 2016 World Grand Prix tournament which was hosted by Włocławek.

- Since that time, we've been in touch with Kenya national team's management. The terms of contract are attractive for our club. In general, hosting the World Grand Prix has contributed to the popularization of volleyball in our city - added Marek Zacharek.

The team led by Marek Zacharek claimed four victories and suffered one defeat this season. They are ranked on the 2nd place behind Spójnia Stargard Szczeciński. In their next match they are going to face UKŻPS Kościan. It is likely that we will then have a chance to see Gaudencia Makokha on court .

The 25-year-old Kenyan is 187 cm tall and plays as a middle blocker and an opposite. Previously, she performed for Kenya Pipeline Company. She has also competed in beach volleyball and took part in 2017 World Championship in Vienna. - I would like to play for teams in top leagues. I know that volleyball in Poland is on a very high level and it's an extremely popular sport - said Gaudencia Makokha, who believes that she will improve her skills in Poland.