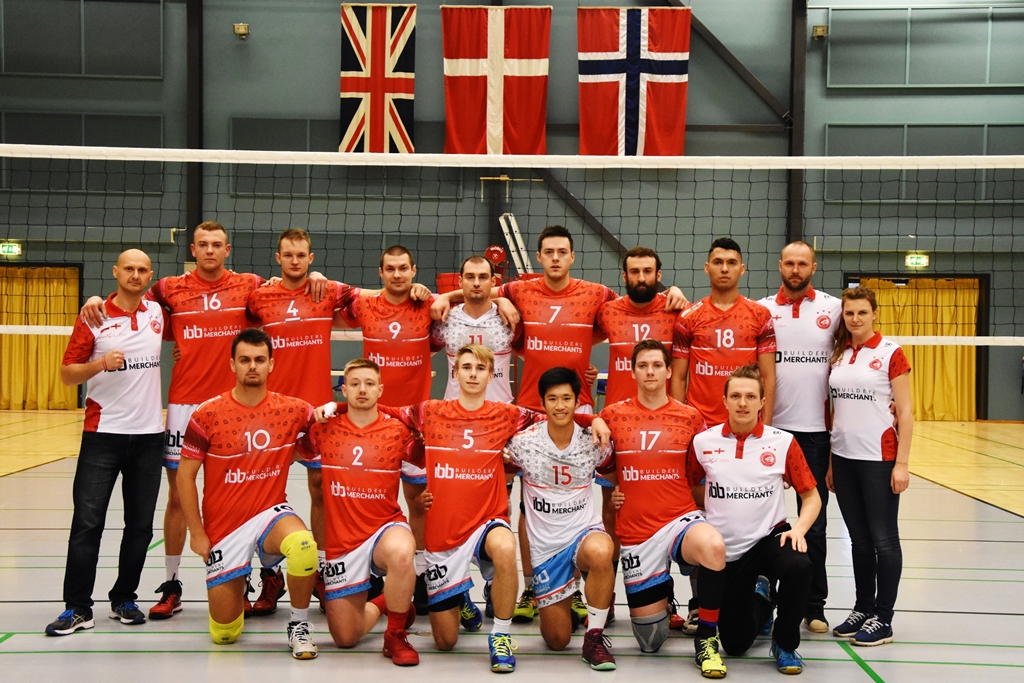 IBB Polonia London was one of the teams which competed at NEVZA Cup last week. The team is led by Piotr Graban played their matches of pool stage in Denmark competing in Pool C with Ishoj Volley (Denmark) and BK Tromso (Norway). First they met with the host team and then with the Norwegians.

On Friday's encounter Ishoj Volley defeated IBB Polonia 3:0  (27:25; 25:13; 25:18). - First of all, I would like to thank the whole club, its co-owner Jacek Ambroży and his company IBB Builders Merchants that we could play in this European event. Speaking about our performance I would split it in two parts, according to the match days. First - match against Ishoj Volley - we were prepared almost perfectly, everything was written out and the last trainings looked promising. Unfortunately, our tactical assumptions were forgotten after the first whistle and the first stressing moment for the team. We were not able to keep a decent rhythm of the game, even though we tied at the end of the first set, we lost. After it the team spirit went down and we gave them the second part without fight. In third set we had tried to return to game, but our opponents didn't allow us - said Piotr Graban, head coach of IBB Polonia London.

On Saturday IBB Polonia faced BK Tromso. From the beginning, Norwegians set the bar high and won 3:0 (25:21, 25:19, 25:18). - On the second day we showed good and stable game. I have to admit that the Norwegians are out of our reach now. In spite of this, we fight in every set and because of it I would like to congratulate my team - added Graban.

Participation in NEVZA Club Championships is already over for the IBB Polonia London. The tournament was a good test for them, because as a rejuvenated team they had to face experienced opponents. Competing at NEVZA Cup - despite results - was for sure a good decision, because it gave young players a chance to play on the international level and unite the team even more.

- I hope that during this tournament our team underwent a transformation. Our team and individual talks with players on the first day brought the effect already on Saturday's match. We fought until the end and we supported each other. It was a great lesson for us and I truly believe that it will give us a huge kick for further work and improvement. No one will take away our experience gained during this tournament. Now we have to focus on national competition to make our great project, which we have started this season, successful - commented coach Graban.

IBB Polonia will now try to show their best in the national league. On Saturday, November 11, in Brentford Fountain Leisure Centre, Piotr Graban's team will play a match of England Cup against New Forest fighting for a spot in the quarterfinal. Then, on November 18, also on home court, the team from London will face Team Northumbria in Super 8 League - this match will be broadcast by Polsat.