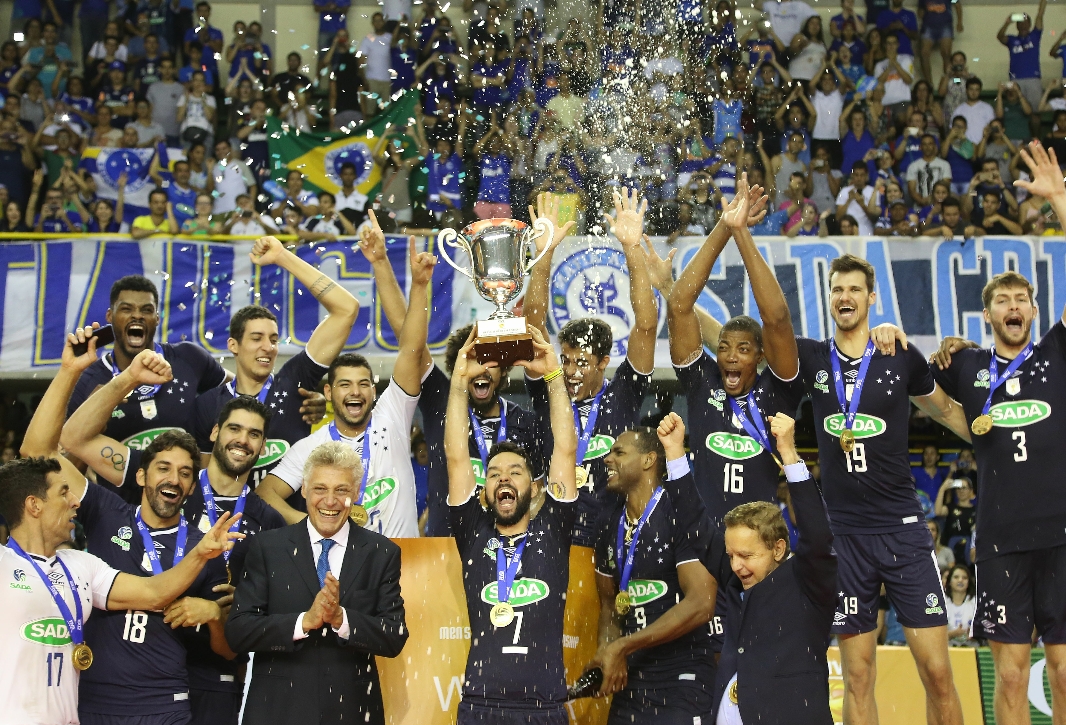 The full competition schedule for the 2017 FIVB Volleyball Men's Club World Championship, which will be played next month in three cities of Poland, is now available on the dedicated section of the FIVB website.

Eight teams will vie for volleyball's ultimate club trophy, divided for the first round into two pools of four, to be played in Opole and Lodz and headed respectively by the local sides of ZAKSA Kedzierzyn Kozle (qualified as the reigning Polish champions) and PGE Skra Belchatow (entered as a Wild Card).

The top two teams of each round-robin pool will gather in Krakow for the semifinals on 16 December, followed by the bronze medal match and final on 17 December. 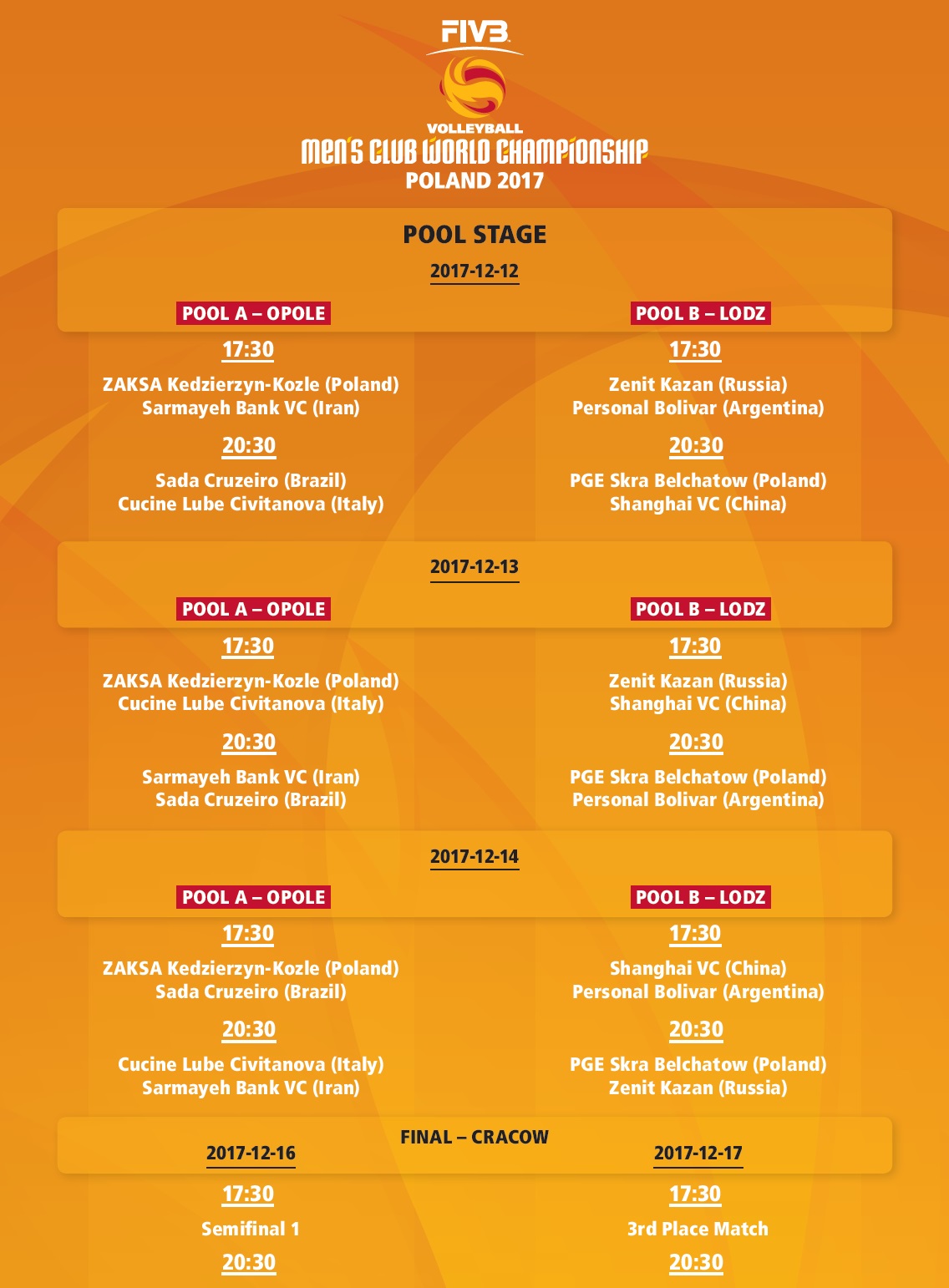