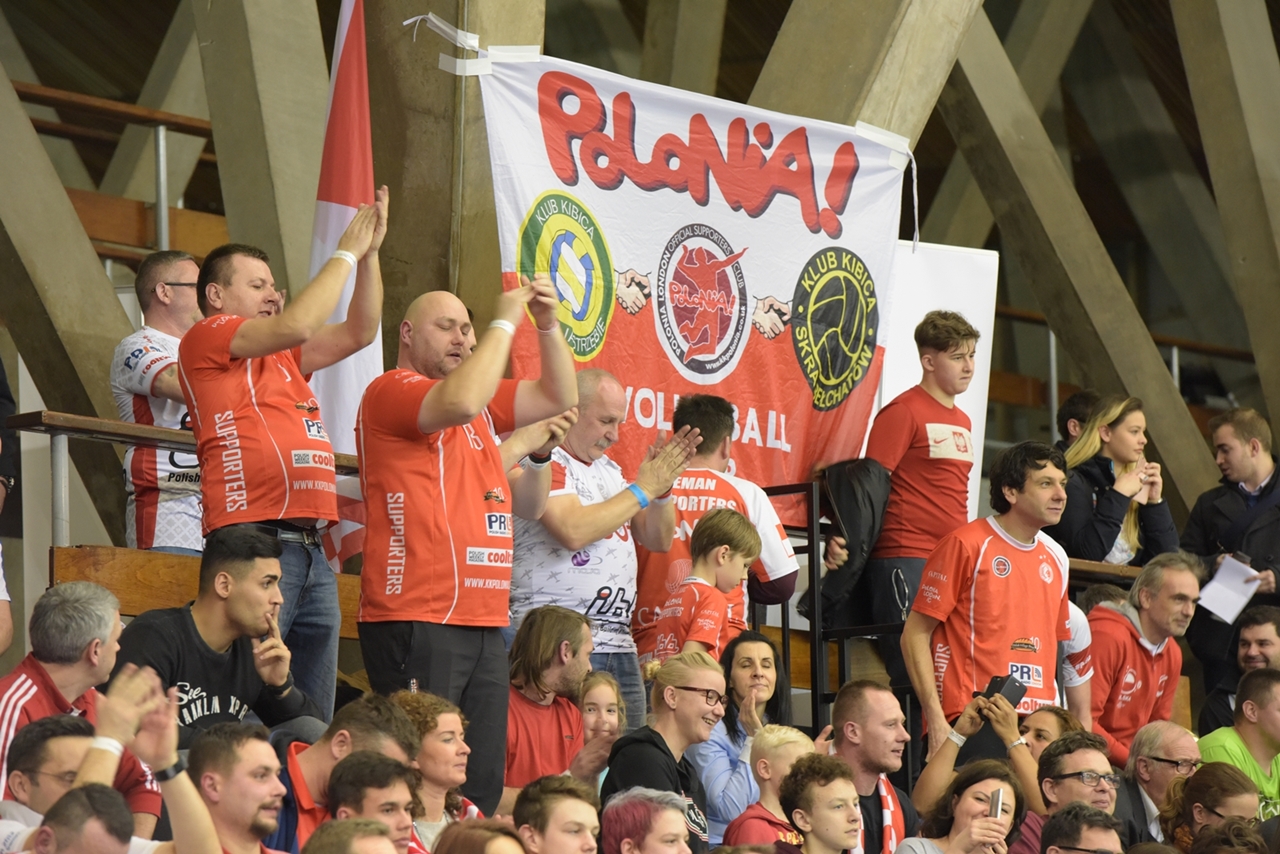 An ambitious plan to focus the attention of the volleyball world on London is already in progress. The goals set by IBB Polonia are clearly defined and realistic. Their Saturday's match officially inaugurated the start of a process of the team's professionalization, popularization of the sport, launching a sport union between Poland and England and supporting the current English champions’ Fan Club. Jacek Ambroży, the owner of IBB Builders Merchants - strategic sponsor of the club, explains that the joint initiative will play a key role in the success of planned activities.

The Saturday's match showed that significant changes happened in IBB Polonia London over the summer. Where did the idea of creating a fully professional club in Great Britain come from?

Jacek Ambroży: Well, we can say that we have set new goals, because we are habitual doubters. We don't think that it's possible to win few years in a row and there are no indications for it. We have achieved a lot in the last seasons, mainly thanks to sport results. We are working our way up and we want to keep this trend, that why we can’t rest on our laurels. So far, we have been afraid of a slump, because what else can the multiple champion of England do? This question convinced us to create a professional team, to prepare the conditions for players to train six days a week. We want to be the first professional volleyball team in Great Britain to compete with the best clubs in the world and to beat our friends from PGE Skra Bełchatów one day. We decided that it's crucial to go professional with our activities in all aspects.

Which aspects would that be?

The first aspect is professionalization of the team. It's not only creating conditions to train as professional players do, but also to solicit the best volleyball players in the world. This is connected with cooperation with the best experts in the industry. The second goal is popularization of volleyball. We have been doing it for a long time, but now we will work with greater premeditation and with a set program. We focus on promoting the sport union of Poland and England, because both countries need it. IBB Polonia have already competed for few seasons in shirts linking to history of Poland. We aim to continue and improve this, to create something above politics and economy. We would like to show that the club has Polish roots and is an international team with players representing several countries. It involves the support of the Fan Club. The team should be seen as international and unite supporters from all countries, that's why fans' initiative will be very appreciated. We believe in their support, loyalty and dedication.

As you mentioned, the professionalisation of the team is connected with the increasing number of trainings, major sport events and it means bigger financial outlays...

New Taraflex flooring, TV broadcast in Polsat and in the Internet through UNILAD Sport channel, LED banners - it all costs a lot, but we want to handle it to show what is there to come. On the other hand, our players to be totally focused on trainings and matches our players need a sense of security about their existence. Our preliminary calculations showed that the minimum budget of a professional and independent team is one million pounds per year. We are going to achieve this budget in five years.

The goals are very ambitious, so how do you plan to raise money to make them a reality? According to the club’s new philosophy, anyone can contribute to building a professional team.

Yes, that's true. The smart commercialization of the club plays a crucial role here. The club can't only rely on sponsors. That's why we have prepared a special offer for all people who share our ideas. We have planned some specific activities. First, we changed the company structure to "Limited by Shares". Club's shares are going to be released soon. All interested fans, sponsors and partners will be able to purchase the shares, supporting our budget this way. The anticipated cost of a single share is £100. Ultimately, each year the value of shares is going to increase. It will be followed by a series of marketing activities. Last year we launched club gadgets and accessories and we would like to improve the variety of our offer. Mugs, caps, scarves, trumpets, t-shirts and many other products will be soon available to purchase during our home matches. We also offer a wide range of advertising opportunities - through LED banners, TV and Internet (Facebook, YouTube) broadcasts. It will allow us to get new partners, sponsors and funds. The interested parties will in turn reach a wide audience. Another form of promotion will be a club mascot. We will introduce something new at every match to surprise fans in the hall and these watching broadcasts.

What about tickets for home matches – will they still be free?

We are going to offer voluntary tickets - with donations. This way everyone who comes to watch the match can support our team. I hope that volleyball fans will share our enthusiasm and they will  contribute to club’s budget of their own free will. I was encouraged by fans to support this club. I rarely support other people's ideas, but in this case I was persuaded. I think that with these arguments we will be able to convince many people to support this transformation of volleyball for into a Polish-English cooperation, for the good of the club and sport in general.

The plan presented by you looks great in theory, but how realistic is implementation?

In the last two years we have proved that with a steady support the team can reach more than assigned goals [historic wins in the CEV Challenge Cup]. We want to create one big volleyball family. We don't like unrealistic plans. We carry out what we have set up step by step and now we would like to encourage others to join us. Being a part of something interesting is really captivating!