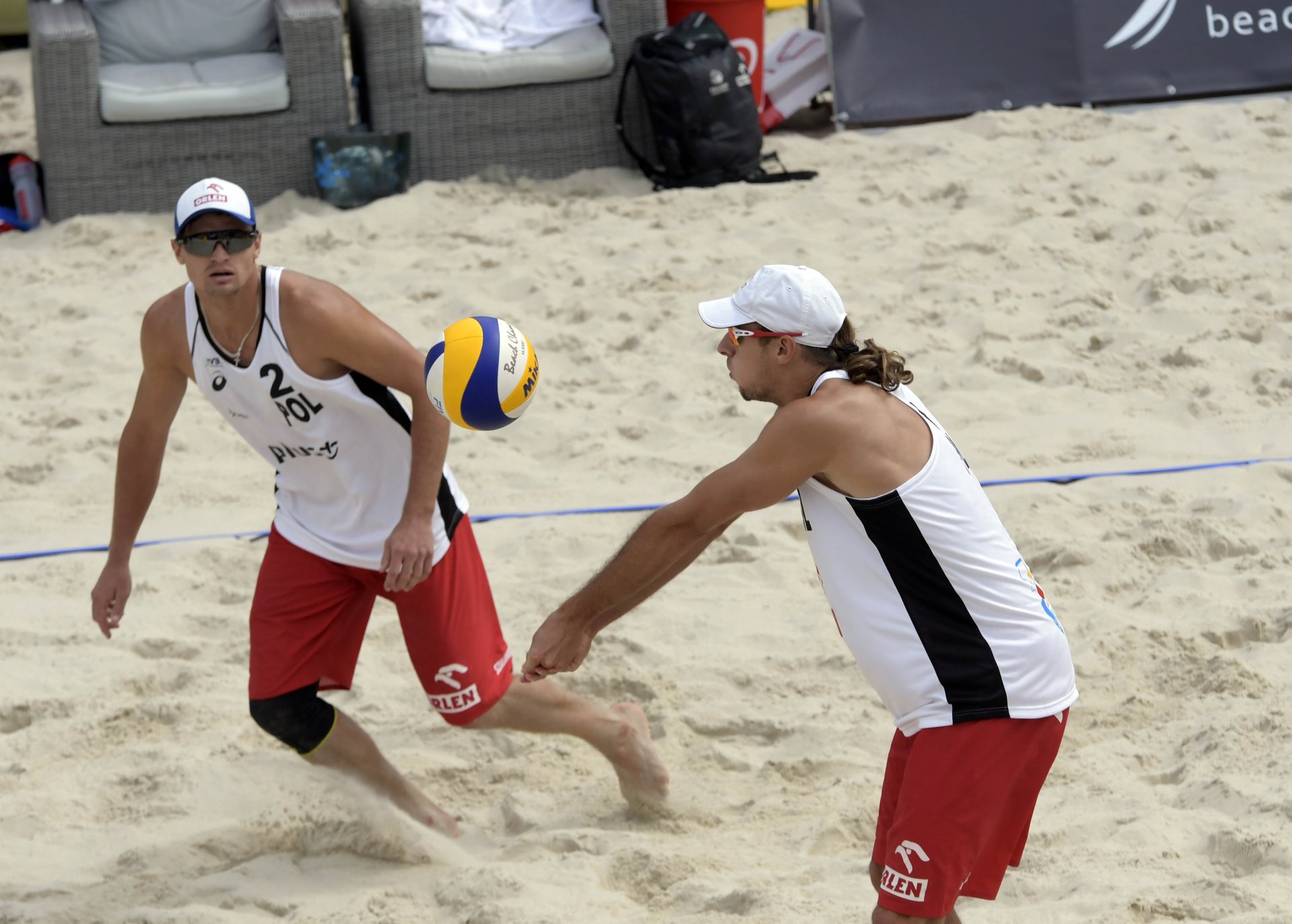 Mariusz Prudel and Jakub Szałankiewicz did not have an easy start of the group phase but in the end they won with the Dutch team in the first encounter. In the second match they lost with the Italians - Nicolai/Lupo.

During the first day of World Tour Warsaw 2018 Main Draw Prudel and Szałankiewicz entered the court as the thrid Polish male duo. They played against the Dutch team - Christiaan Varenhorst/Jasper Bouter - winning 2:0 (21:19, 21:18). It was not an easy match.

- We played point-by-point in the second set, even if we were a bit ahead we felt their breath on our back, so we had to give our best and we did it. We are still trying to feel the court, because we didn’t have a chance to train there. It’s a good sign that already in the first game we played on a higher level. We hope to improve and to win next matches - said Jakub Szałankiewicz.

- Consistent game was a key thing, we carried out our tasks and didn’t give up even when our opponents were leading 19-16 and we won. Time to continue our game and fight for next win. This kind of ending only gives us extra motivation - added Mariusz Prudel.

Their second game was a three-setter, unfortunately in the tie-break they were defeated by Paolo Nicolai and Daniele Lupo of Italy.

- We were missing the extra bit of luck today, we had one service only 3cm out, one spike also a bit out - that's a shame, because if we had won these two points we would have won this match, but this is how this sport looks like, we have to improve ourselves by these 3cm. In general our game looked good, we played what we could, but it was not enough. It's a pity, but on this level two actions decide who wins. Today the Italians were better, next time we will do our best to be better - said Prudel.

- Unfortunately, we lost. It was close - a few nuances were decisive, but the level was high, so people have enjoyed the match, there were a lot of counter attacks and defence actions. Tomorrow we play in the first round, we are just waiting for the drawing of lots to see against whom we play. We missed a bit of luck here. We came back on good level, given that I had an injury. Before the injury we played really well, then in Ostrava it was unsteady and now the first match was average and the second was good, but we lost. We have to improve match by match, play better and win - said Szałankiewicz.