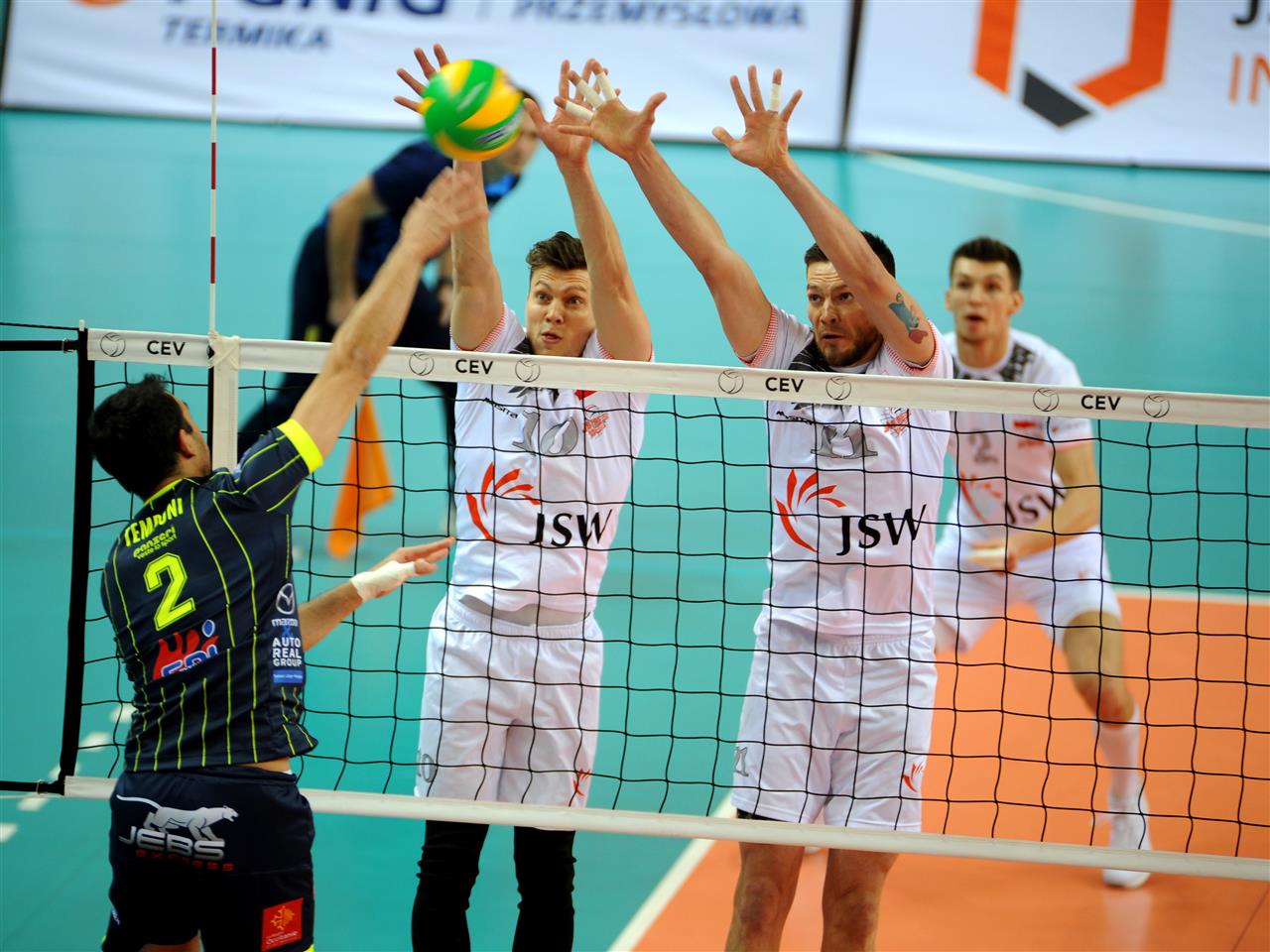 In the second leg of group stage of the 2018 CEV Volleyball Champions League, Jastrzębski Węgiel defeated the vice-champions of France Spacer’s Toulouse VB 3:0 (25:10, 25:21, 25:20) and remain the leader of Group D. They won also the first match in straight sets against Berlin Recycling Volleys.

Before the second match of the Champions League it was difficult to assess the disposition of the Silesian team, because from the beginning of the season they had some ups and downs. In the last match in national league they suffered a loss to MKS Będzin 2:3, even though they had been leading 2:0. It seems that the French rival is a weaker team than Będzin, because currently in national league they are ranked on the last place. In eleven matches they collected only 11 points, however in the last leg they won 3:2 with a conqueror of PGE Skra Bełchatów and the leader of the French league - Chaumont VB 52.

However, the French team did not shine in the match against Jastrzębski and there are at least two reasons for it. First of all, they arrived to Jastrzębie-Zdrój with a pretty big delay and did not manage to conduct do a single training in the rival's venue. It was visible, especially in the opening part, which was lost by them to 10. They had problems with reception of opponent's service - which was very good, by the way - they also did not perform well at the net. Secondly, the team led by Mark Lebedew played almost perfectly in the first part of the match (77% effectiveness in spike) and they added some spectacular elements to it, like Salvador Oliva's situational setting to Grzegorz Kosok's short spike. It was evident that the ten-day break and calm training helped them improve their game a lot.

In the second set, Jastrzębski Węgiel did not have such an overwhelming advantage, but the game was under their control. The beginning was balanced, but when Salvador Oliva went to service position and sent a series of blows to the other side of the net, the Orange leaped foreward to a lead and since then they remained ahead, claiming the set. After the second set, coach Lebedew made some substitutions, giving other players a chance to play which prolonged the last set a bit and above all let the rivals believe that they still can show something in this match. In the first part, they gained two points by service and after blocking Maciej Muzaj they were on three-point lead (8:11). But then Jastrzębski Węgiel bit back - first Wojciech Sobala blocked the French and later he sent them a float, tying the score. The hosts improved their game, leaving the guests from Toulouse behind.