Kerri Walsh's injury in the semifinal 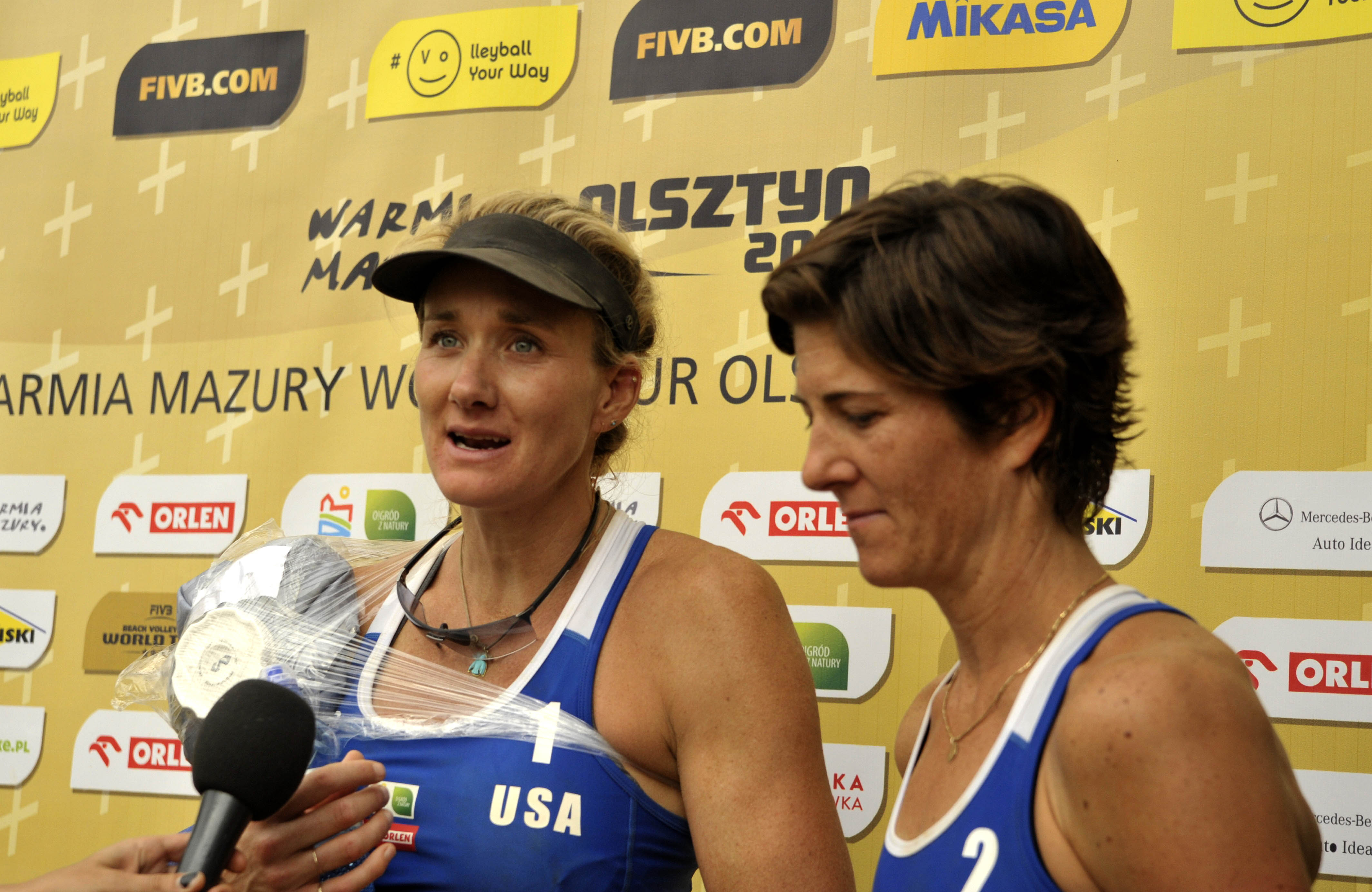 Prudel/Kujawiak won in second round against team Kawalienko/Dziadkou (Belarus) 2:1. That was one of the most stubborn games in the tournament! – Lately we lost against them 0:2, so we could take the revenge. Team from Belarus gave a great performance in Olsztyn anyway – Kujawiak said.

Another Polish team – Łosiak/Kantor finished the tournament after second round. They were defeated by Americans Dalhausser/Lucena who won Presidents Cup in Long Beach. The Poles couldn't continue leading in first set and they lost 0:2. – I felt very tired and I think it could make the difference – Łosiak said.

Prudel/Kujawiak was the last Polish team in the quarterfinal. They lost against Latvians – Plavins/Regza. – Our opponents didn't make too much mistakes. We did our best, but we had a bad luck in some situations – Prudel said. Anyway 5th place in Olsztyn is their best result this season. – We are proud of this – Prudel added.
Many unexpected situations happened in the second round. Brazilians Alison/Bruno left the tournament in quarterfinals as well as Herrera/Gavira (Spain). Team Virgen/Ontiveiro (Mexico) surprised everyone with qualifying to the semifinals, but lost against Doherty/Hyden (USA). In bronze medal game they will face Plavins/Regza. Americans will play the final with Bockermann/Fluggen (Germany coached by a former coach of Polish national team – Martin Olejnak. – Lars Fluggen had some healthy problems at the beginning of this season. When he recovered after one injury, another came – Olejnak said.
First semifinal of women's tournament was a double Brazilian performance.
Women's semifinals were dramatic after Kerri Walsh-Jennings got injured. When it was 14:14 in tie-break of semifinal Walsh-Jennings/Branagh (USA) – Pavan/Humana-Paredes (Canada), Kerri had a serious problem with her shoulder. She finished last two actions of the game, but one hour after she announced walkower. Automatically Agatha/Duda (Brasil) get the bronze medal. They lost in semifinal against Larissa/Talita. Those are going to face the Canadians in final.

Due to the cancellation of bronze medal game, schedule for Sunday has changed.