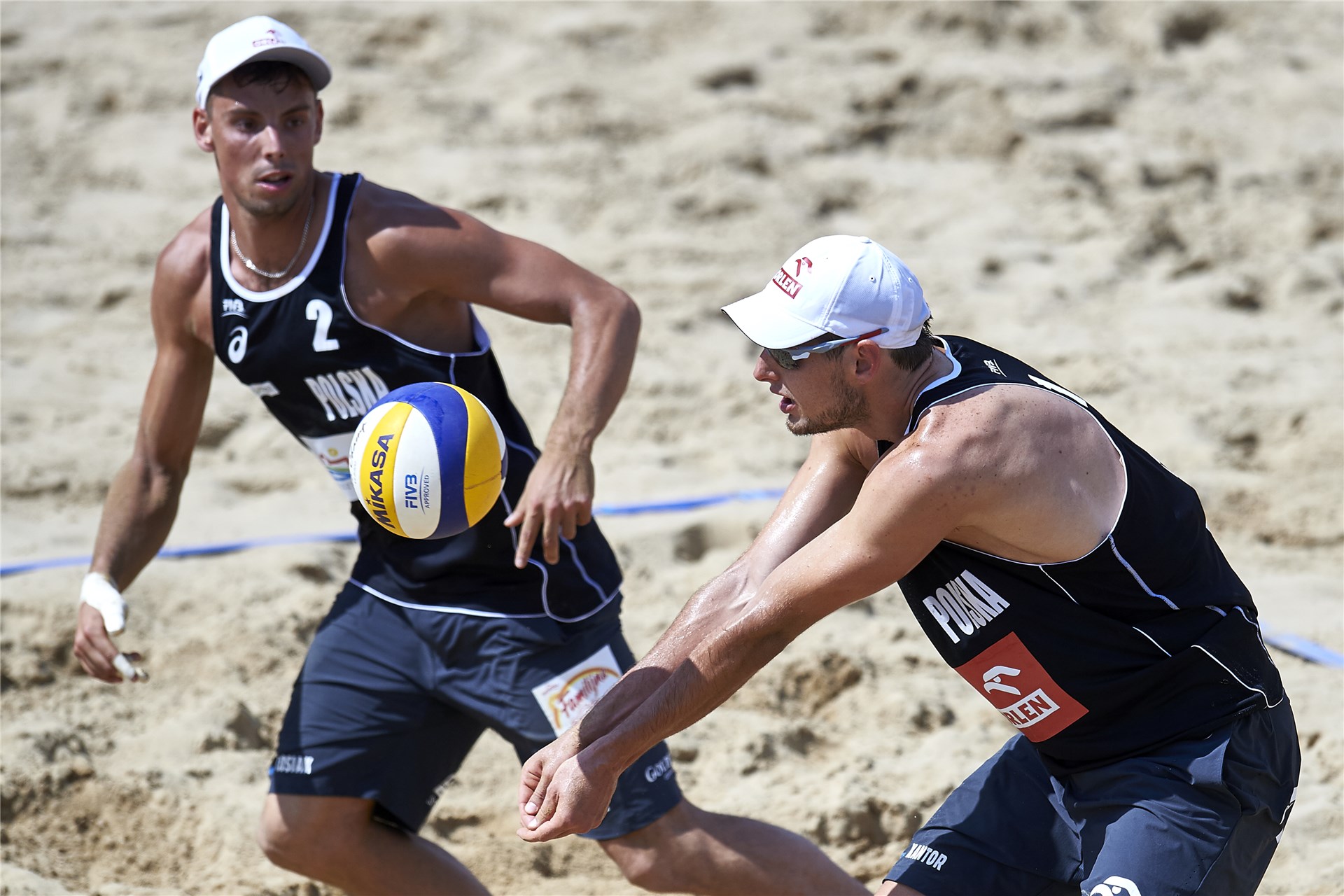 The international beach volleyball stop here this week in the capital of the Warmian-Masurian province in Poland will be a preview for the upcoming FIVB Beach Volleyball World Championships that will start at the end of the following week in the Austrian capital of Vienna.

A total of 31 men’s and 29 women’s teams scheduled to compete in the 2017 FIVB World Championships will be participating in the $300,000 Warmia Mazury Olsztyn Open as the international circuit returns to the courts on Lake Ukiel for the third-straight season.

Headlining the Olsztyn field will be defending men’s champions Aleksandrs Samoilovs and Janis Smedins and their "legion" of followers that could number in the hundreds for the Latvian Olympians. A new women’s champion will be crowned as 2016 winners Laura Ludwig and Kira Walkenhorst of Germany are not entered.

Joining Samoilovs and Smedins in this week’s FIVB World Tour stop are 2015 Olsztyn gold medal winners from Brazil - Alison Cerutti/Bruno Oscar Schmidt and Talita Antunes/Larissa Franca. Both Brazilian pairs finished second in the 2016 Olsztyn event after losing the finals to the Latvian and German teams.

Led by Olympians Piotr Kantor and Bartosz Losiak, host Poland will have five men’s and four women’s pairs in the competition that starts Wednesday with qualifying followed by the opening money rounds Thursday leading to the weekend medal matches where the winning teams will share the $20,000 first-place prizes.

Competing together since the 2009 season on the FIVB World Tour, Kantor and Losiak are the fifth-ranked team (2,850 points) on the international circuit behind pairs from Italy (Daniele Lupo Paolo Nicolai, 3,200), Russia (Viacheslav Krasilnikov/Nikita Liamin, 3,180), the United States (Phil Dalhausser/Nick Lucena, 2,960) and Brazil (Saymon Barbosa/Alvaro Filho, 2,920).

A pair of 25-year olds, Kantor and Losiak have placed second three times this season with gold medal setbacks to Krasilnikov/Liamin on Kish Island in Iran, to reigning Olympic and FIVB world champions Alison Cerutti/Bruno Oscar Schmidt of Brazil in the Rio Open and two weeks ago in Switzerland to Dalhausser/Lucena in the Gstaad Major finale.

Other men’s Polish pairs in the Main Draw at the Warmia Mazury 4-star event will be Michal Bryl/Grzegorz Fijalek, Kacper Kujawiak/Mariusz Prudel and Maciej Rudol/Jakub Szalankiewicz. The host country team of Mateusz Lysikowski/Mateusz Paszkowski will seek one of the final eight spots in the money rounds in Tuesday’s qualifier.