Poland men’s national team are on a tight schedule. They are now just about to begin their fight for the Volleyball Nations League crown, with the Final Six tournament starting on Wednesday in Chicago. Before leaving for the USA though, last weekend they had a number of obligations to fulfil, including the signing of a contract with their new sponsor – Betclic, as well as a media day at the training camp in Zakopane.

The media representatives who decided to show up at the training centre in the “winter capital of Poland” were not disappointed. Besides the traditional open training session and nearly two hours of individual interviews with the players and coaching staff, they could also test the skills of the national team’s chef Dawid Grucel. The chef of Hilton Garden Inn Krakow Airport hotel is also a member of the National Polish Culinary Team 2018 and does his best to keep the team fit and happy – as far as the food goes.

Eating healthy and tasty seems to be working well, because even amidst the intensive training regimen the players’ spirits stay high. “I feel great here. The team received me very well. We are working very hard but there is time for fun and humour and I am happy that I can already counter the guys’ jokes,” said Wilfredo Leon to the journalists, commenting on his improving Polish skills. 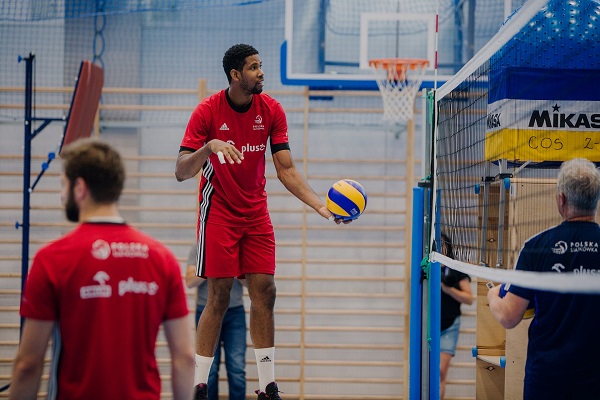 Wilfredo is getting ready for his debut with the White-and-Reds in just a couple of weeks, during the friendly matches against the Netherlands in Opole (July 27-28). These two matches are going to be Poland’s final test before the most important challenge at hand – the Intercontinental Olympic Qualifying Tournament in Gdansk scheduled for August 9-11.

“We have a lot to work on. In the VNL, our form was very far from what we presented at the World Championship. We need to get back to that form we had a year ago. In just a month, we will be playing in the Olympic Qualifications. It is the key event for us and we need to be 100% ready,” said Poland’s head coach Vital Heynen.

Thus, unlike in the VNL, which has so far served as a testing ground for Heynen’s all 26 players, we are sure to see Poland’s strongest squad fighting for #Tokyo2020 tickets. Those not travelling to the VNL Final Six will keep on training in Zakopane until July 19. Once the question of the Olympic qualification is – hopefully – answered, it will be time to focus on the biggest Volleyball party in Europe – the EuroVolley.