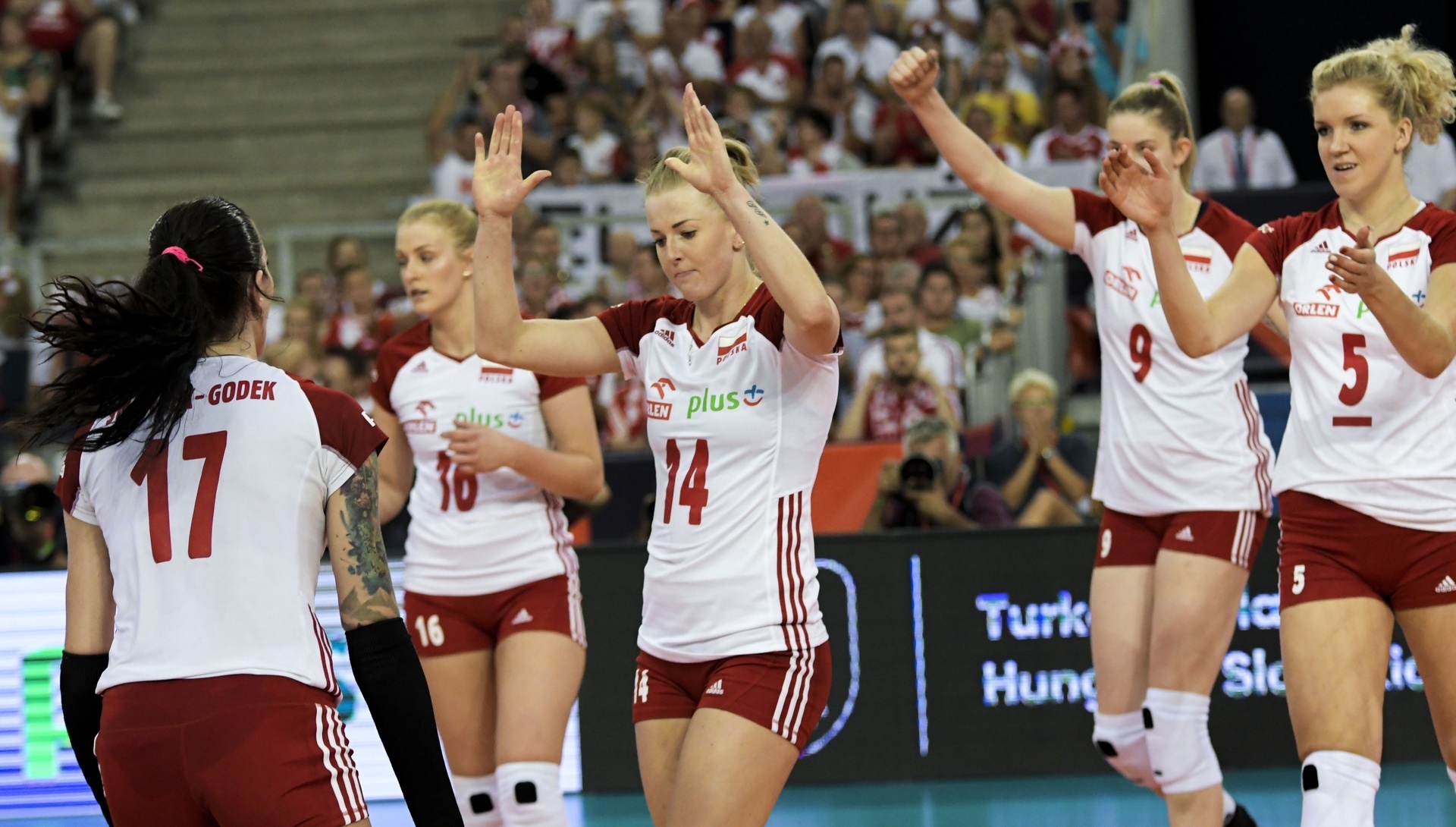 While all of the top favourites eased past their respective opponents in the 8th Final matches scheduled for Sunday, it was a day filled with drama for Turkey. The ‘Sultans of the Net’ had to work hard to secure a 3-2 victory over Croatia and with it a spot in the quarterfinals of the CEV EuroVolley 2019 Women coming up on Wednesday. Turkey will play the Netherlands with a place in the semis at stake, while titleholders Serbia will go for a repeat of their Pool A match with Bulgaria. The remaining quarterfinals due to take place in Lodz see hosts Poland taking on Germany and Italy going for a ‘big match’ with Russia.

Make sure you follow the competition through the official event website https://eurovolley.cev.eu and the CEV’s social media channels, with live streaming (geo-blocking applies depending on the TV agreements in place) and exclusive video content available on EuroVolleyTV and the CEV’s YouTube channel, respectively 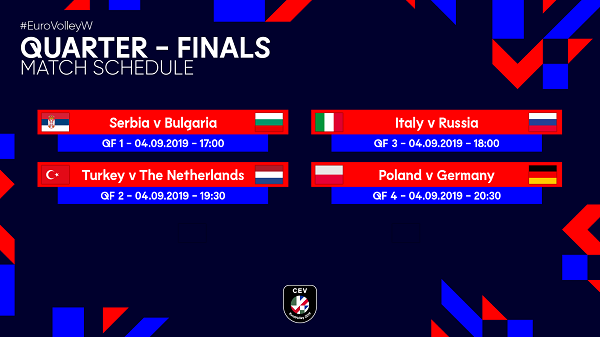 •    Serbia opened the programme of the 8th Finals in Ankara with a 3-0 shutout of Romania.
•    However, the match was not as one-sided as the result may suggest, since Romania did stand a fair chance of taking the first set before Serbia came from behind.
•    A crowd of more than 8,000 fans experienced a rollercoaster of emotions as Turkey fought hard to edge Croatia 16-14 at the tiebreak.
•    The ‘Sultans of the Net’ were far from playing their best level, and only captain Eda Erdem Dündar and outside hitter Fatma Yildirim – who stepped in at the beginning of the fourth set – could help the hosts change the course of the game.
•    Serbia’s next opponent will be Bulgaria, after the ‘Lionesses’ secured a 3-0 victory over Azerbaijan in Budapest. Earlier in the tournament, Bulgaria lost 1-3 to Serbia, but Elitsa Vasileva and her teammates seem to be playing just better and better with each match after starting their journey with a shocking loss at the hands of France.
•    Turkey will next take on the Netherlands, who claimed their sixth straight 3-0 victory in the event – where they are yet to lose a set. This time, their prey was Greece – and even though they lost in three sets, the Hellenic team could still be proud of their achievements at this EuroVolley, especially as they competed on the European stage for the first time since 2001.

•    The organisers in Bratislava broke again the all-time record of attendance for women’s Volleyball in Slovakia, since 6,430 people came together at Ondrej Nepela Ice Arena, where the hosts lost 0-3 to Italy. Still, the crowd could celebrate the home side for their successful campaign – as Slovakia had never made it through the pool phase before.
•    Italy will play Russia on Wednesday after the team coached by Vadim Pankov beat Belgium 3-1. Russia will be trying to improve on their result from the 2017 edition – when they lost to Turkey in the quarterfinals. Italy will also be trying to make it to the semis, since two years ago they failed to do so losing to the Netherlands in the quarterfinals.
•    Poland and Germany did not lose a single set in their matches in Lodz to shape up the fourth and last quarterfinal. Germany beat Slovenia and Poland eased past Spain to go for a repeat of the bronze medal match from the 2009 edition held at the very same venue – the Atlas Arena, which Poland won to secure their last podium finish in the competition to this date.