Italy, the Netherlands and Germany keep immaculate record at #EuroVolleyW 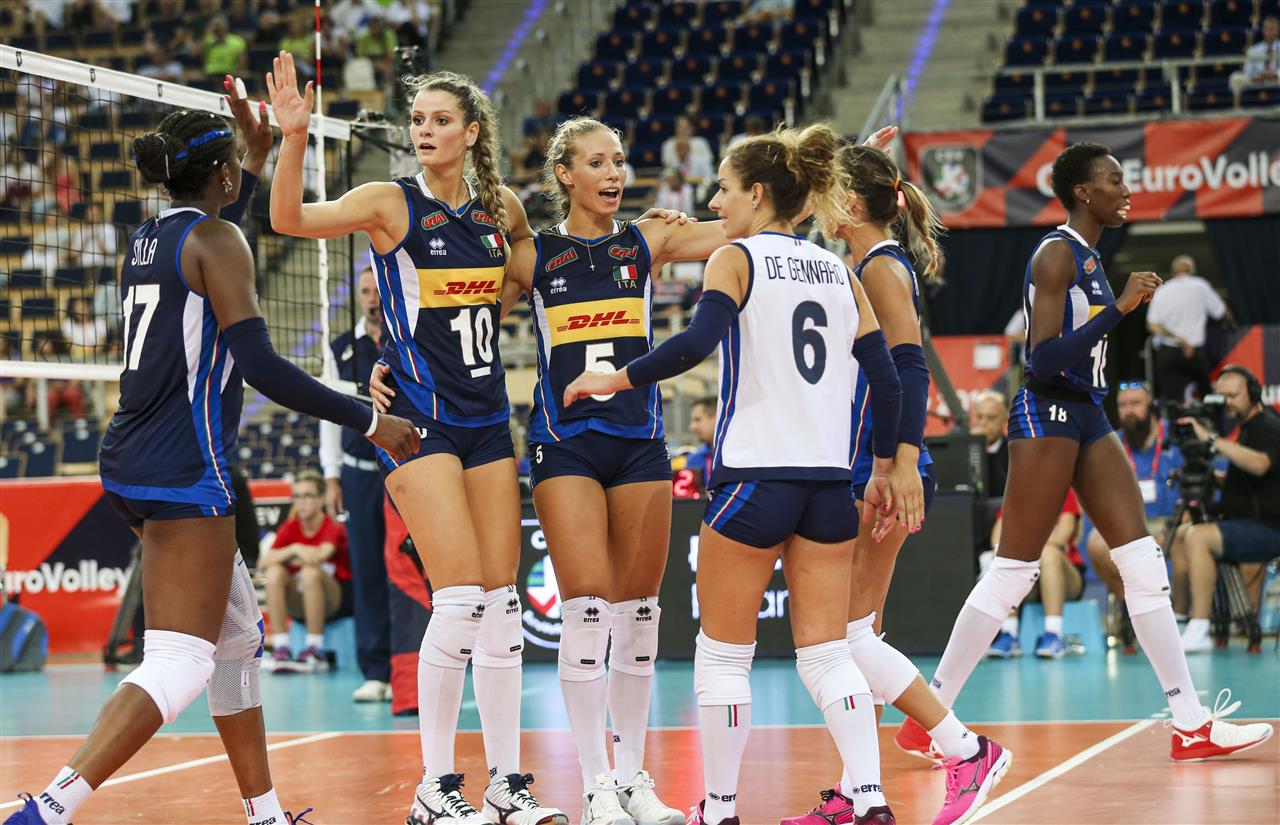 Three teams – Italy, the Netherlands and Germany – boast an immaculate record of four wins in as many matches as the pool stage of CEV EuroVolley 2019 Women continued on Tuesday with another set of eight matches across Ankara, Lodz, Budapest and Bratislava. Italy and the Netherlands are the only teams yet to drop a single set in the competition, while Germany edged co-hosts Slovakia 3-1 – with the result accounting for Slovakia’s first setback in the tournament they are contesting at Ondrej Nepela Ice Arena. The Slovak organisers could still be happy as the match coincided with an all-time record of attendance – 5,250 – for women’s Volleyball in the country.

•    Finland are making their first EuroVolley appearance since 1989 and after delivering very impressive performances in their previous matches, they eventually celebrated their first triumph in the competition since 1977 when they beat West Germany on home soil.
•    It is a truly amazing achievement for the team coached by Tapio Kangasniemi, who made it to EuroVolley from a very challenging qualifying pool featuring the likes of Estonia, Sweden and Czech Republic.
•    With their back against the wall, Bulgaria had no other choice than to win their matchup with Greece in order to stay in contention for a spot in the elimination round of the competition.
•    The ‘Lionesses’ rose to the occasion, as they beat Greece in three sets – however the Hellenic team had a reason to celebrate despite their setback, as they are sure they will continue their journey in the competition beyond the pool phase. This is quite a feat as well, especially since Greece had not competed at EuroVolley since the 2001 edition.

•    After suffering a 0-3 loss at the hands of Italy, Belgium’s Yellow Tigers responded by securing a 3-1 victory against rookies Portugal to improve their win-loss record in Pool B to 3-1. Belgium’s roster includes as many as four players of Polish descent – Kaja Grobelna, Karolina Goliat, Dominika Sobolska and Dominika Strumilo, who for sure are enjoying their experience in Lodz.
•    Portugal, on the other hand, could celebrate their first set win in what is their maiden EuroVolley appearance.
•    Italy are yet to lose a set in Pool B as the vice-world champions stormed to a 3-0 shutout of Slovenia on Tuesday night, even though they had to work hard to take the first set (27-25).
•    After that, everything went smoothly for the ‘Azzurre’, with superstar Paola Egonu scoring 16 points.

•    The Netherlands emulated Italy – by scoring their fourth victory in as many matches and by not conceding a single set in the competition this far.
•    Their next victims were EuroVolley rookies Estonia, who could only score 40 points throughout the match. Once again, Nika Daalderop was the most prolific player for the ‘Oranjes’ with a personal tally of 18 points.
•    Croatia claimed a truly important victory (3-1) over Romania in a match where their experienced opposite Sanja Popovic-Gamma came in as a substitute and made the difference in the third and fourth sets, especially with her powerful serves.
•    Croatia and Romania share the same win-loss record (2-2) after four matches, with Croatia sitting in second place in the standing with 7 points to Romania’s 6.

•    Spain came back from two sets down to edge Switzerland at the tiebreak, thus preventing the Swiss players from recording their first victory in the competition.
•    Jessica Rivero was highly instrumental towards Spain’s comeback by registering as many as 28 points, which make her the top scorer of the day across all pools.
•    Slovakia suffered their first setback in the competition after three straight wins as they lost 1-3 to Germany.
•    Germany had produced Monday’s sensation by edging Russia at the tiebreak and today’s result further cements their first place in the pool where they boast a perfect record of four wins from as many matches.