Pre-favourites live up to their billing, Greece seize second win at #EuroVolleyW 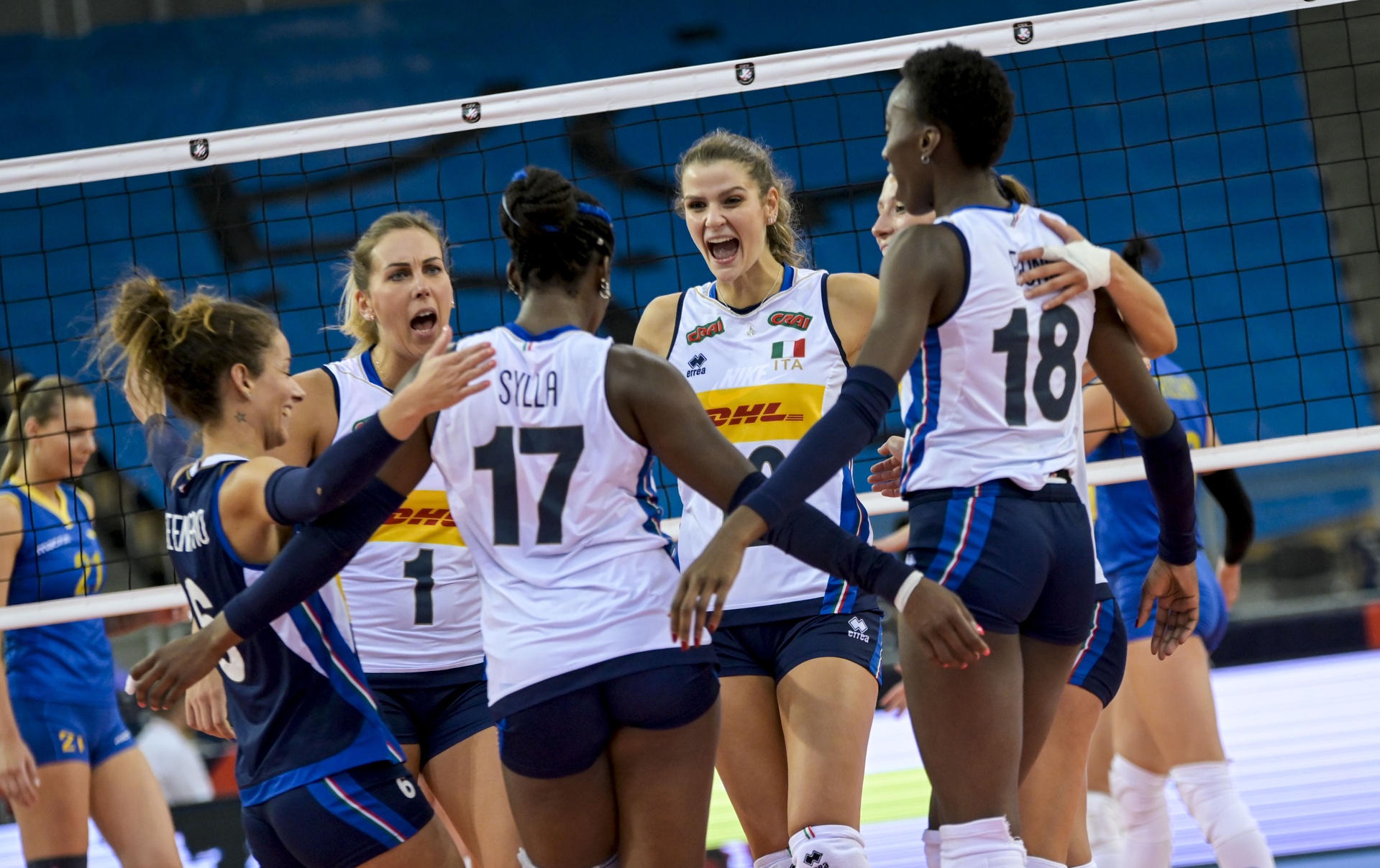 With the teams of the four host countries all enjoying a rest day, the eyes were on some of Europe’s top sides as action continued on Sunday at the CEV EuroVolley Women 2019 with a set of eight matches across four pools. Serbia, Russia, Italy and the Netherlands cemented their roles of group favourites by recording comprehensive wins. Greece celebrated their second victory in a row as well – achieving this feat for only the second time in the history of the competition. Sunday was a happy day for Slovenia, Romania and Spain as well – as these teams fight bravely for a spot in the elimination stage of the tournament.

For further information, visit the official event website https://eurovolley.cev.eu, follow the CEV’s social media channels or the CEV’s own OTT platform EuroVolleyTV and the CEV’s YouTube channel for live streaming of the matches (geo-blocking applies depending on the broadcasting agreements in place) and additional, exclusive video content.

•    Serbia made amends for a relatively slow start to secure a 3-1 victory over Bulgaria after dropping the first set of the match with their Balkan neighbours.
•    The reigning World and European champions are yet to lose a EuroVolley match since the 2015 semi-final where they conceded defeat to eventual gold medal winners Russia.
•    Greece are slowly turning into the sensation of the championship. After their victory over France on Saturday, they powered to a 3-1 success in their matchup with Finland, a result that opens the door to the elimination stage of the tournament.
•    It is the first time in 27 years that Greece claim back-to-back wins at EuroVolley, after they achieved the same feat in 1991 in Ravenna, Italy when they beat France and Albania.

•    Slovenia claimed an all-important victory (3-0) over Portugal to stay in contention for a spot in the next phase of the competition.
•    Rookies Portugal, who are making their maiden EuroVolley appearance, are yet to win a single set after contesting three matches in Lodz.
•    Italy needed 64 minutes only to thrash Ukraine, dropping only 44 points along the way.
•    Superstar Paola Egonu (20) and Miriam Sylla (14) set the pace for the ‘Azzurre’ who keep a perfect record in the group after two matches.

•    Back on the EuroVolley stage after a short break, Romania celebrated their second straight victory in Pool C, this time edging rookies Estonia 3-1.
•    It is a vital result for Romania as the winners of this year’s European Silver League hope to make it to the knockout stage of the event. Estonia, on the other hand, had to be content with taking their second set win from the continental showpiece tournament.
•    The Netherlands – silver medal winners in 2015 and 2017 – keep an immaculate record in the competition. After routing Romania on Friday, they achieved a similar result in their matchup with Azerbaijan (3-0).
•    The second and third sets were actually close ones, ending at 25-23, but Lonneke Slöetjes, Nika Daalderop, Anne Buijs and Robin de Kruijf combined together to score 56 points for the ‘Oranjes’.

•    In a matchup extending their rivalry from this year’s European Golden League (EGL), Spain edged Belarus 3-1 to make amends for their loss in the EGL bronze medal match these two teams contested earlier this summer in Varaždin, Croatia.
•    Ana Escamilla was truly outstanding, as she scored 28 points to bring the Leonas del Voley back in contention for a spot in the next round.
•    Switzerland were close to causing a little sensation in the first set of their match with Russia, but the Volleyball powerhouse eventually eased past 28-26 before asserting their supremacy in the two subsequent sets.
•    Nataliya Goncharova was Russia’s standout performer with a personal tally of 17 points.