Third time’s a charm! Kantor and Łosiak will play in the World Tour Warsaw quarterfinal 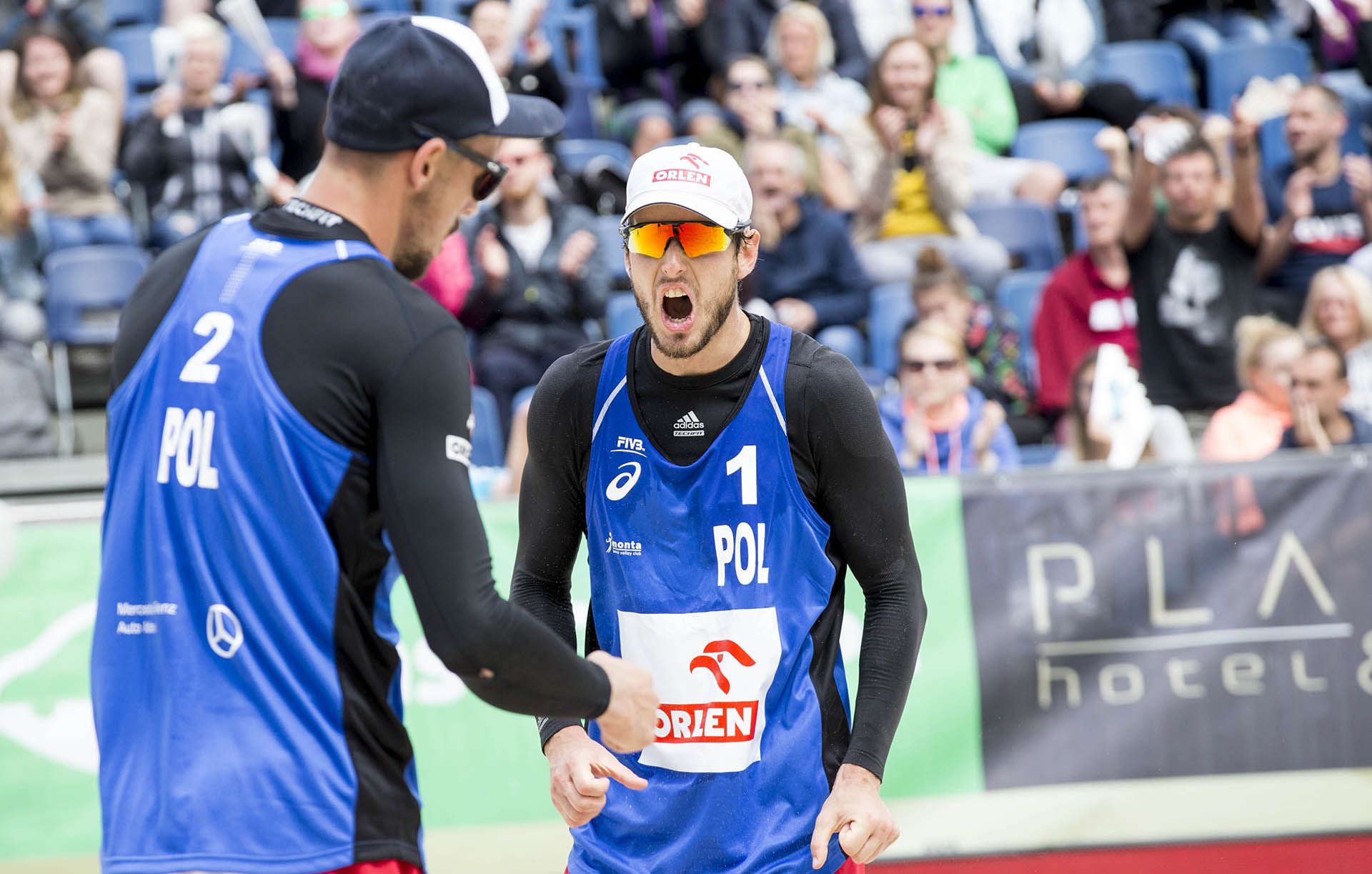 Piotr Kantor and Bartosz Łosiak are in the top 8 of the four-star World Tour event in Warsaw. The Polish duo defeated the Russians Oleg Stoyanovskiy / Igor Vielichko after a thrilling tie-break, securing a spot in the quarterfinal.

It's already the third time this season when they have faced Stoyanovskiy/Vielichko. In both previous matches - in Xiamen (China) and in Qatar – the Russians claimed victory. - We lost both matches of our own accord - said the Poles. In Warsaw, despite Łosiak's health issues, they showed more patience in crucial moments. - No matter what our condition is, we want to win - said Kantor. He and Łosiak are the last Polish team in the game.

We were just a step from an all-Polish quarterfinal, but Grzegorz Fijałek and Michał Bryl suffered a loss to Perusic/Schweiner of Czech Republic. Kantor and Łosiak were defeated by the same team in the group phase and now they have a chance for revenge in the fight for a spot in semifinal. Also a week ago, the Poles recorded a victory over the Czech duo in the semi-final game in Ostrava. - We are going to play against them for the third time this week. So far, it's 1:1, so let's see what happens - said Kantor.