Kołosińska and Kociołek lose against Spain. They will fight in the first round 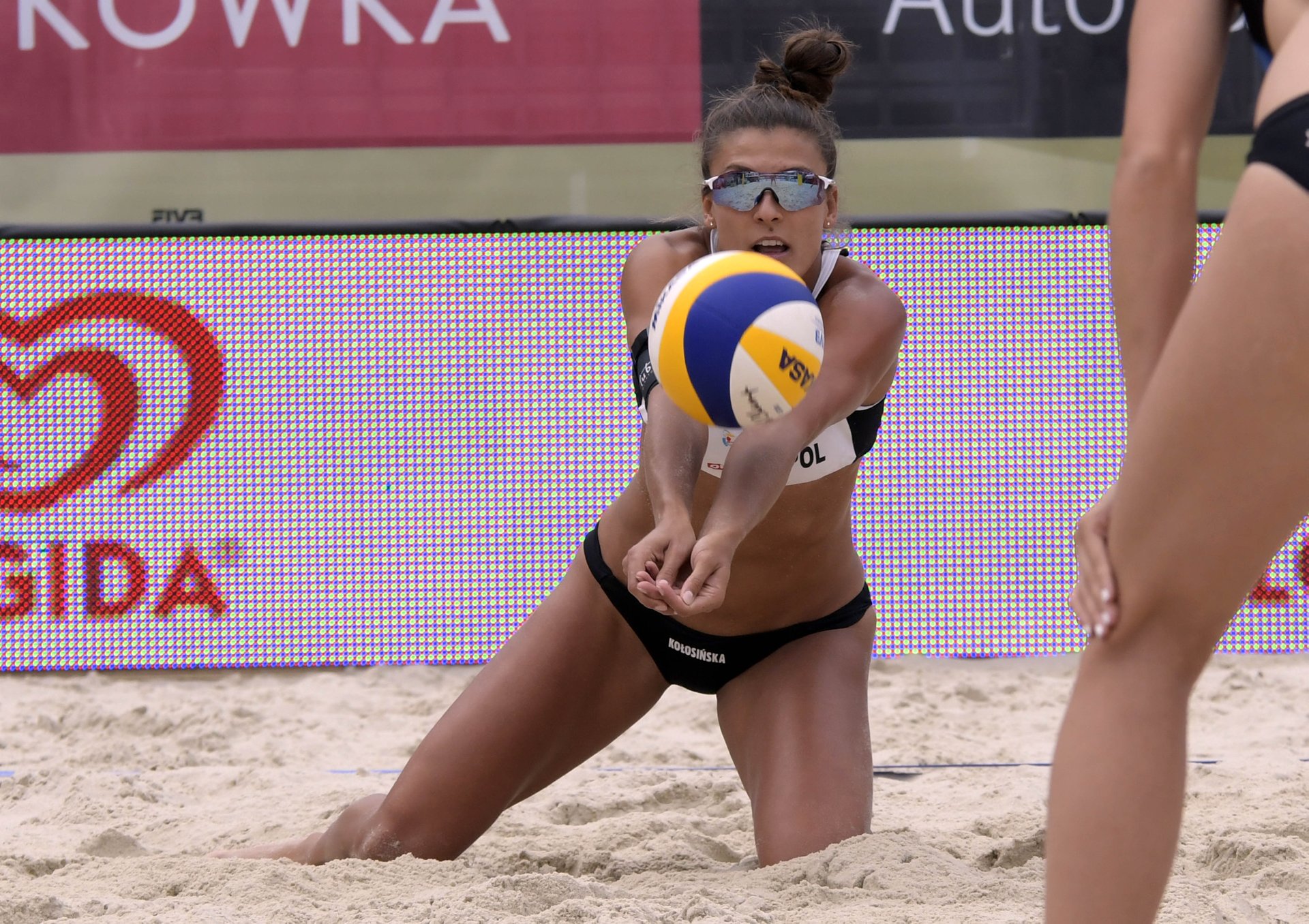 Kołosińska and Kociołek lose against Spain. They wil fight in the first round

Kinga Kołosińska and Katarzyna Kociołek were defeated in the second group match by Spaniards Liliana Fernandez/Elsa Baquerizo 1:2 (17:21, 21:11, 13:15). It means that on Friday they have to fight in the first round to stay in the tournament.

Kołosińska and Kociołek were very close to win the second match and get the direct qualification to the second round. After losing the opening set, they won clearly the second part and only very last actions in tie-break decided on Spanish win. - We lost this match in the finish. Especially, the last point when ball danced on the net and fell down on court was disheartening. Next time we are going to fight to not let things like that happen - emphasised Kołosińska. In the second set they received the biggest number of points from Elsa, who spiked in out ball by ball. - She made many mistakes in attack and she couldn't find a way to stop it. Therefore, we won the second part with such a big difference - added Kołosińska.

In the decisive set the Polish duo was leading 8:6. - We should have kept this advantage, but we didn't manage to do it. Later, the girls broke us and it was like this until the end. We equalled at 13:13, but our errors prevailed on our loss. We fight on tomorrow - said Kociołek.

- Everything worked in our favour – service, defence and Kinga’s block. At the beginning we played point by point for a bit, after our opponents took the lead, but we were patient and at one point we broke them and then we could play our game. It’s always great to play at home, we just hope to continue and then everything will be fine – said Kociołek.

- Our coach prepared us well during the briefing before the match and I think it was a key to success, our opponents couldn’t find a place on court to finish the balls. We are very happy that we won 2:0, today we will play one more game, but we are used to this system, because we have played like that almost every week. Two or three hours and we will be fully ready for next match – added Kołosińska.

The qualifications on Wednesday were not successful for Polish pairs, because none of the four teams managed to qualify for the main draw. The teams who  were directly qualified to the main tournament started their battles on Thursday. The first white-and-red team who enterd the court in Warsaw were Jagoda Gruszczyńska and Aleksandra Gromadowska. Unfortunately, the home players were defeated 0:2 (21:17, 21:11) by the Brazilian duo - Maria Antonelli and Carolina Solberg Salgado, seeded with No. 3. The Poles were seeded with no 30.

- Being seeded with such a number, we knew that we will play against a good team, but to join the top and go ahead we need to win with someone. Brazilians were not that good and during the first set we showed that it was possible to compete on the same level with them. We did too many mistakes in service and we didn’t give them a chance to make errors. We played very well in block and defence. We put too much unnecessary pressure on ourselves. It always good to play on home soil, I like it very much, I already could see my parents, brother and sister in the stands. I am very happy with what the organizers did here at Monta, because everything looks great and I am sure that soon the atmosphere on the tribunes will be like this in the previous years - said Jagoda Gruszczyńska, who played in pair with Kinga Kołosińska for the last two years in Olsztyn. Last week during the four-star World Tour in Ostrava she competed in team with Aleksandra Wachowicz, and now in Warsaw she plays with Aleksandra Gromadowska.

- It’s a four-star tournament, so there are no easy opponents. We had to play our volleyball, but the Brazilians jumped ahead to take the lead and we couldn’t catch up. We knew that they have good service, but it was unsure on who they would serve – they chose me and even if my reception was pretty good I had problems to finish balls, because they read me well in attack – maybe, because I had a break from competition. We made too many mistakes in service, because we could create some nice action from these balls. The next match is ahead, so we don’t give up and we fight until the end! At Monta I feel like home, I see many friends in the stands, so playing here is a real pleasure – added Aleksandra Gromadowska.