A war of nerves won by the Polish team! 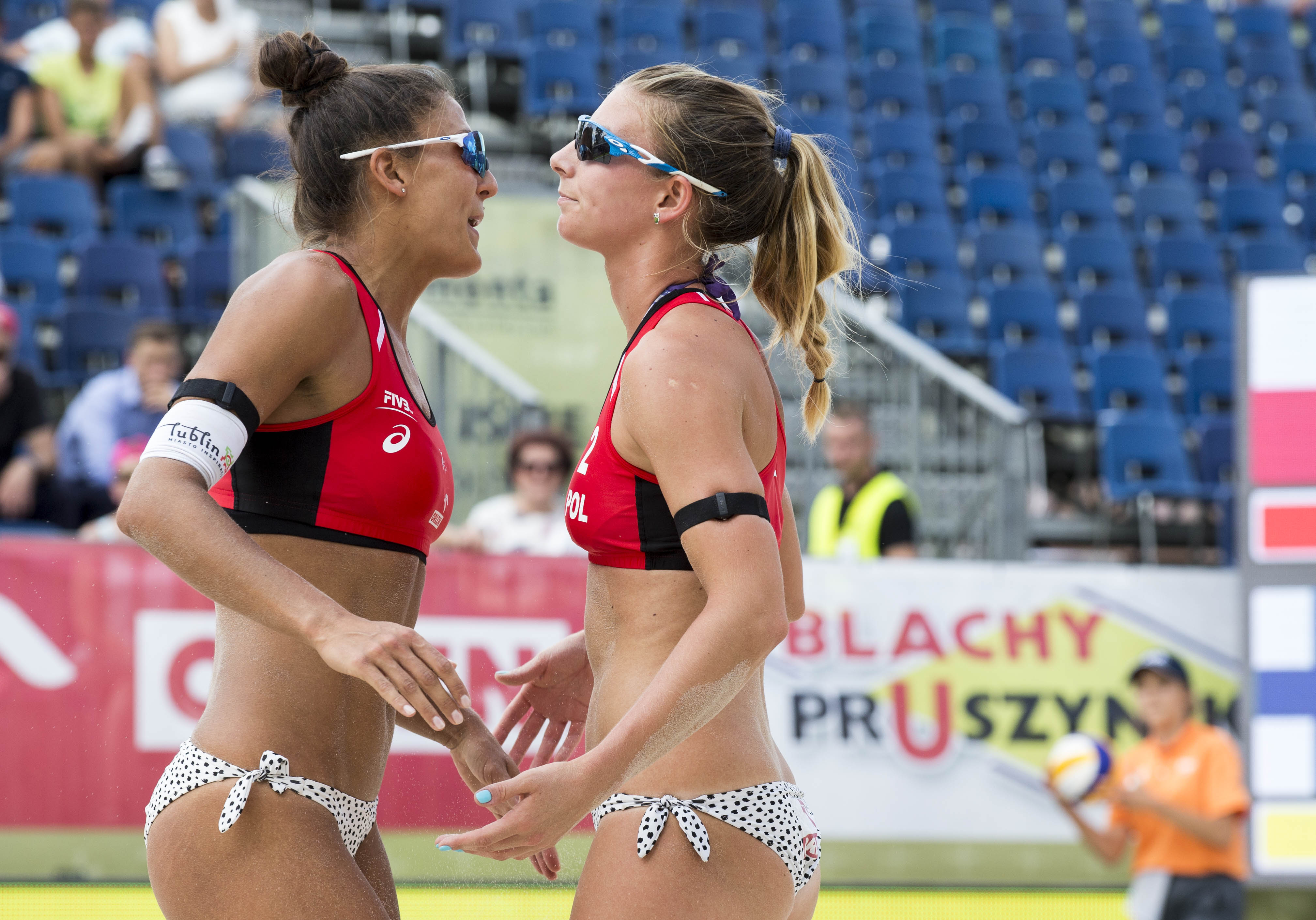 In the last group match Kołosińska and Kociołek lost after a tie-break, but one day later they showed that they had learnt their lesson. On Friday they face Parkkinen/Lahti-Liukkonen from Finland. Despite losing the opening part, in the second they claimed an advantage and mantained it until the end of the set. In a thrilling tie-break everyonr could enjoy a point-by-point race and only from 10:10 did the Polish duo manage to jump ahead with two points. - We are happy that this nervous finish was won by us this time. During the last points Kasia worked very well in block. We even had a counterattack to get to 13:10, but then we sent the ball on small out, so the rivals caught up the score. We follow our game plan until the end - said Kołosińska prasing her partner. - I received service well and then we could play a good spike to get 14:13 - explained Kociołek.