Kantor and Łosiak struggled not just with their rivals 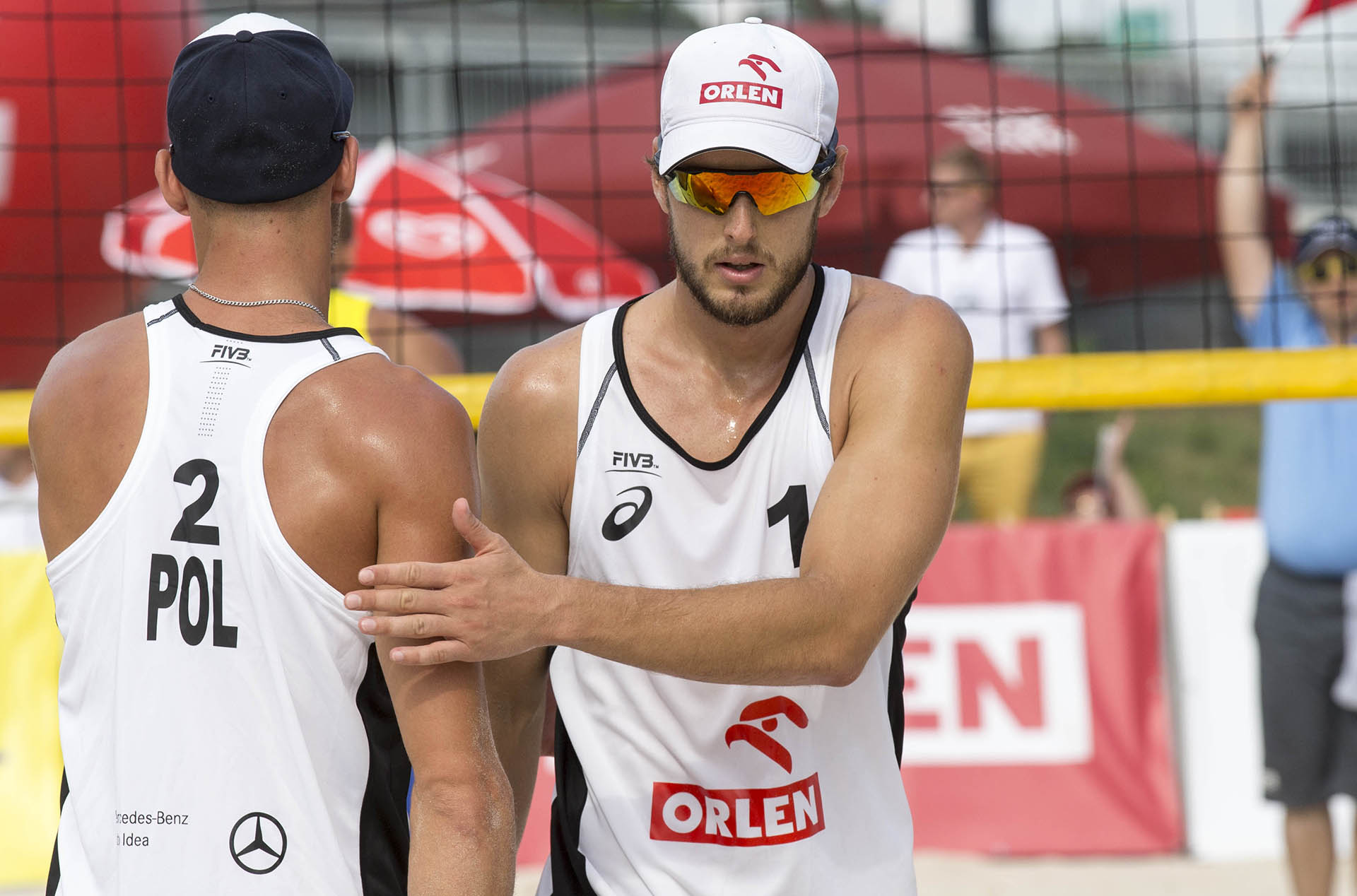 Piotr Kantor and Bartosz Łosiak took a 2:0 (21:16, 23:21) victory over the Lithuanians Lukas Kazdailis/Arnas Rumsevicius in the first round of the World Tour Warsaw 2018. It was not the first the top duos to cause some problems to the white-and-reds.

Kantor and Łosiak played against Lithuanians for the first time and already in the first part the guests managed to surprise Polish players with some actions and in the second set Kazdailis and Rumsevicius were close to causing a tie-break.

- To be honest, so far we haven't played well. But sometimes it's better to play worse and win than to suffer a loss after a good game. I hope that our game will look better, because we cannot allow ourselves to play this way, so hopefully it will change already on Saturday's match of the second round.  We played a very nervous game against the Lithuanians. We had a strong opening of the game, being 4-5 points ahead, but stress came along and the rivals caught up with the score. In the end of the second set we proved our superiority - said Łosiak.

- Well, the Lithuanians are not in the very top of the ranking list, but in beach volleyball conditions are crucial. A lot depends on the day's shape. And you always have to be ready for everything, even if you are not in perfect shape - added Kantor.

And this was their case, because since Monday Bartosz Łosiak has been  struggling with stomach issues. - It's hard to play, I feel a lack of energy and every move on court causes impression that my body is somewhere else - said Łosiak. More effort is therefore needed from his partner. - This is beach volleyball and when one of us feels worse, then the other in block or in serve needs to bear more brunt of the game - added Kantor.

On Friday at 9:30 they will clash with the Russian duo Stoyanovski/Velichko.