Kujawiak and Rudol with a bang and defeat 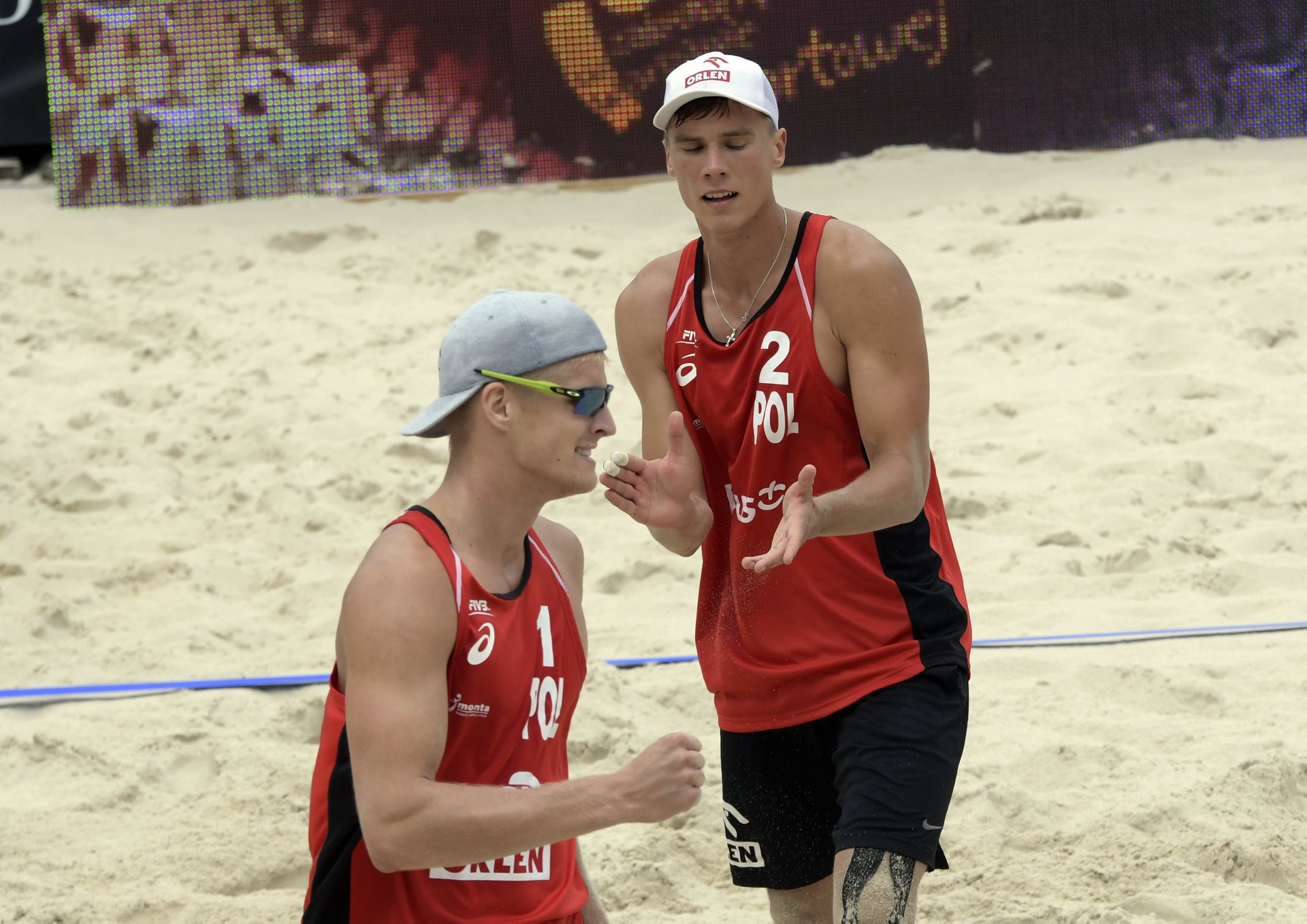 Kacper Kujawiak and Maciej Rudol suffered a loss in their first match in Pool D, but they are happy about the level of their game.

Kujawiak and Rudol played their match in main draw of World Tour Warsaw 2018 as the first Polish team. Their opponents, the Dutch team Brouwer/Meeuwsen, claimed the gold at the 2013 World Championship in Stare Jabłonki. In Thrusday they defeated the white-and-red 2:0 (21:18, 21:19). - We started this tournament with a bang Already at the beginning we surprised our opponents with our service. It was visible that they weren't prepared for it and thanks to it we earned advantage. Later, because of our single mistakes they went on a lead. It's hard to say if it was a issue of experience. Maybe in the key moments we were out of luck or just some correction in block or in spike and then the score would be different. We are still in competition so we have to fight on! - said Maciej Rudol.

In the second set the Polish due equalled at 18:18, but didn't manage to win this part to continue the match in tie-break. - In the second set we had the biggest chance to prolongate this mmatch. Althoug, also in the first part we had an opportunity to jump out, when the rivals felt the pressure which we put on them. They showed us how to play in decisive moments - explained Kacper Kujawiak.