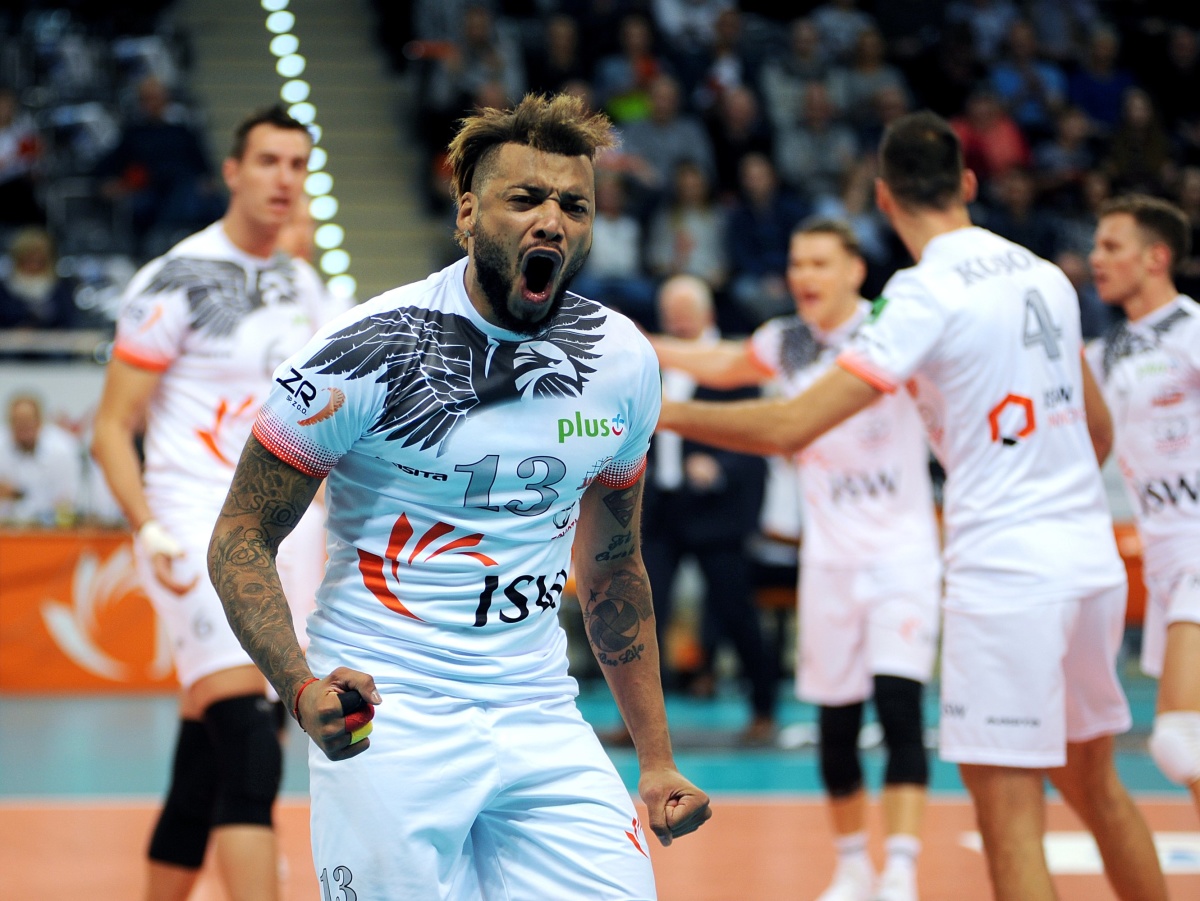 The Polish team claimed their first point of the match after an unsuccessful spike from Paul Carroll. A couple of effective actions in offense from Salvador Hidalgo Oliva gave a 4:2 lead to the host team. Jastrzębski Węgiel was the stronger side and dictated the terms of the game, exploiting their rival's mistakes. The first part was won by the team led by Mark Lebedew after a killing spike by Wojciech Sobala (25:21).

The second set was opened with a point scored by Grzegorz Kosok's block. Soon it was 3:0. Two smart dinks from Oliva and Jason De Rocco gave a 6:3 lead to Jastrzębski Węgiel, who soon improved their advantage to 22:17. The set was closed out when Oliva tricked Berlin's block.

The team from Berlin did not give up. They were leading 18:13 and it looked that they were going to have their chance to win this set. However, the hosts started catching up thanks to great service from Sobala (18:18). It was a point-by-point race then(22:22). Strzeżak gave the first match ball after scoring a point from the service line (24:23). The coach of Berlin Volleys called for a  time out, which let his team  score a point. A few seconds later, jowever, Jastrzebski Węgiel had another chance to end the game and they used it well, with Salvador Oliva claimeing the last point by means of an ace.