Stefana Veljković: I am in my element in Poland 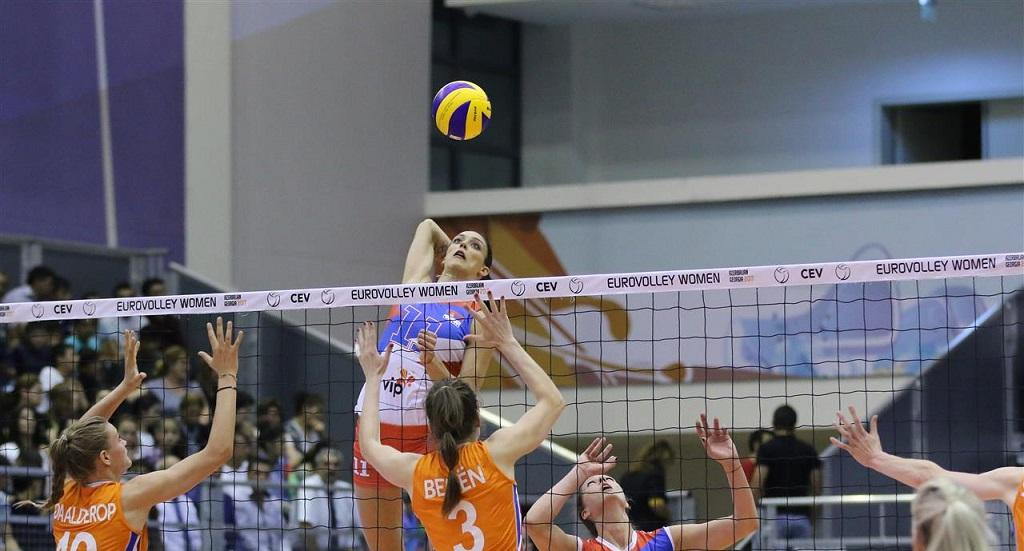 Stefana Veljković, one of the best middle blockers in the world tells about love for Poland, being dead-tired as well as being positively twisted. She also explains why being a head coach of women’s team is a difficult task…

pzps.pl: The Polish fans are treasure of Poland for many years, is it true that they are like a magnet for Serbian volleyball players?

Stefana Veljković: That's why I’ve stayed in Poland for so long! I think that only in Italy people understand women's volleyball so well and they are really interested in it like here. In Poland the matches are like a TV show. People come to matches to have fun and it gives me extra energy. I love to play when tribunes are full and loud, only then you feel that you are alive, you are excited and ready to fight. The great spectators are very helpful, especially here in Poland. It was the biggest surprise for me when I came to Poland for the first time. From the very first moment I liked atmosphere in Polish venues.

Serbian players are liked by Polish fans, because they are very expressive...

I feel excellent here, I like Poland. Many colleagues ask me how is here and when I tell, they are surprised that it's so cool. The Serbs find their feet perfectly in places where their character and energy are appreciated. Poland is like our element.

Speaking of element. How is it possible that your national team works so well? Fourteen players with big temperament spend together many weeks or even months..

Trust me, it is not so easy! However, our strength is that most of us know each other since childhood. We started playing together many years ago. I can just look at one of my colleagues and I know how she feels, we are like sister. Sometimes we get pissed off and then it's better to leave us alone. Lately, it was tough when we were for a month and a half in Asia, we had few days with silent treatment there. It's our job, so we shouldn't complain, however in last five months we had only eight days' leave and because of it, some critical moments had to happen, especially when the psyche runs down and that's why we had to work on it, to not explode.

Have you been fed up with volleyball this year?

I would say that I was tired or bored with volleyball many times. The hardest moment is when you claim medal and after a while you have to fight for the next one. You feel that  pressure and tension came down, but suddenly you have to bring on again. Last year we claimed Olympic medal and this year we had to fight for a medal at the European Championship - the important one for us, but I wondered how we can make it, since we all just had finished the league season. Therefore, there were few moments when I couldn't handle it anymore and every thought about volleyball made me sick. We were tired of each other, but it's professional sport and it happens. We talked a lot with our team, because it was too much of playing. I totally don't know how we survived it! And apparently there will be even more... It is not normal!

Are you also so energetic out of the court?

Yes, that's totally me. Smile, jokes and energy - this is my nature. I do not have the strength for it, only when I'm dead beat. Well, I can be quiet or serious, but somehow I don't like too serious people and the military drill or full dignity. I prefer to be positively twisted.

Is it easy to be "positively twisted" in Poland?

I feel excellent here, like home! The Poles and Serbs have many features and things in common. Our cuisines are similar, I think we have a similar mentality and even our languages are quite similar. I have never felt like a stranger here. For example when I played in Turkey, the cultural differences were huge and I was feeling like I was lost in space and I needed time to get used to it.

A comfort of everyday life - it is why you decided to stay in Chemik Police?

First, my contract is valid for one more year. Secondly, I am very satisfied with my work in Police and life in Poland. I'm not this type of person who needs to change something in life desperately. I am pleased that I  extended my contract earlier, because it was a good choice. We are playing to win another national championship and to fight in the Champions League. Obviously, it is also important for me that my boyfriend plays in PlusLiga and my friend Bianka joined Chemik Police.

Do you think that work with women's team is demanding for your coaches? Is it hard work?

Yes, I think so. It's hundred times more difficult than with guys! Why? Maybe because we are women and it should explain everything. One day one girl is happy, the other broke up with her boyfriend, another has found a new boyfriend, the next one has period and someone else has a bad day. It is not an easy task to make us a team. That's why in my opinion, women's team needs a coach with authority, without it a group of women cannot work.