Germany strike three in a row to make EuroVolley quarterfinals 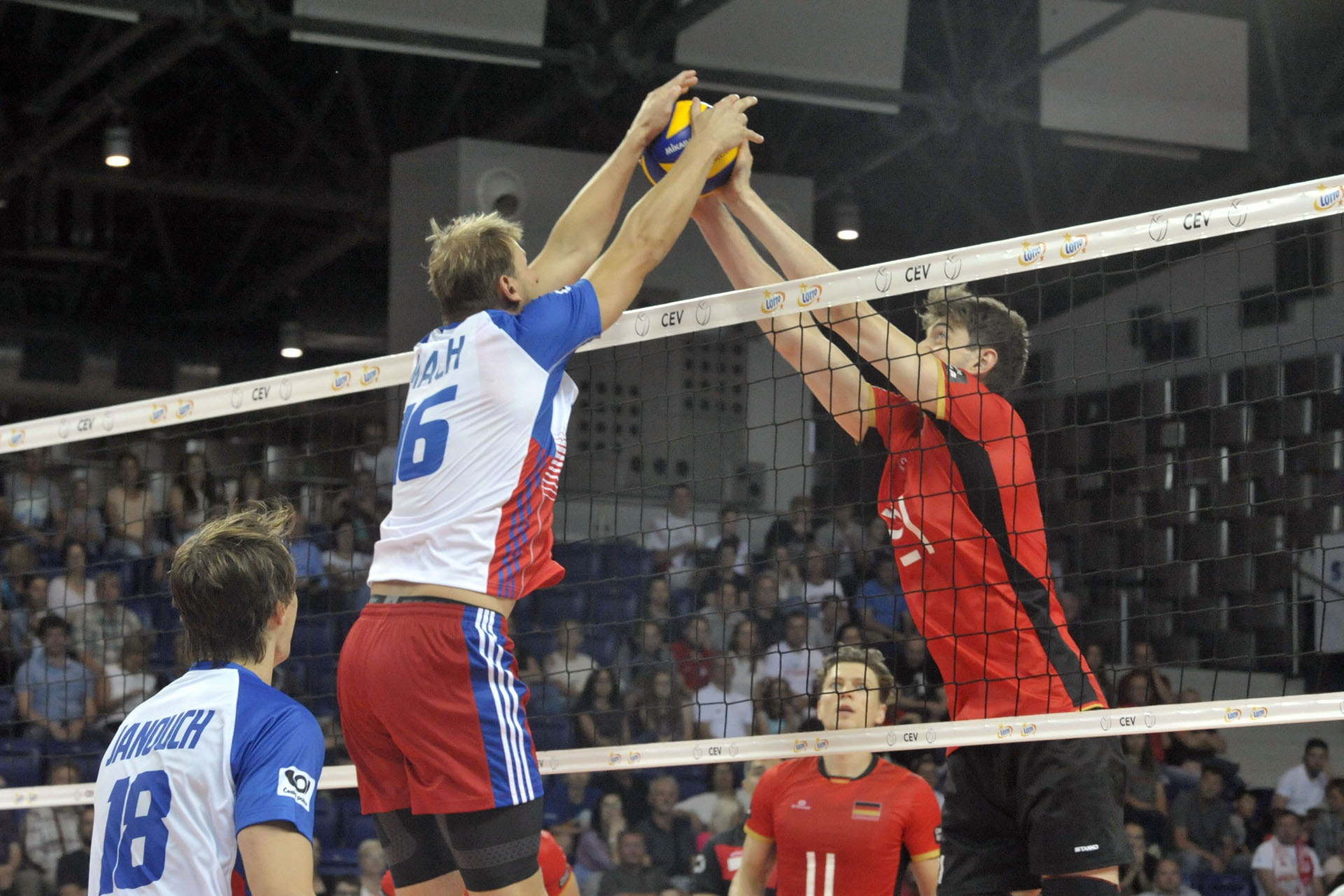 Germany set their foot on a quarterfinal spot at LOTTO EUROVOLLEY POLAND 2017 after topping the final standing in Pool B in Szczecin. They mastered their third consecutive victory at Azoty Arena, this time sending Slovakia home with a 3-0 (25-18, 26-24, 25-23) shutout. Italy and the Czech Republic will face each other next to distribute the second and the third places, both coming with a playoff ticket to Katowice.

With star player György Grozer absent from the starting line-up, Germany took a speedy 3-0 lead in the first set. Slovakia caught up at 4-4, but this was the last time in the set the score was level. Capitalising on the many opponents’ errors, the Germans cruised to a comfortable 25-18 win.

In set 2 coach Andrej Kravarik undertook some changes to his squad and Slovakia had a different face. While Christian Fromm and Simon Hirsch were merciless at the net, the Slovaks put up a tough fight through the end. Germany wasted a double set point at 24-22, but finally snatched the set at 26-24 to double their lead.

The third set was also very competitive. The first time the margin exceeded one point was at 14-12 Germany’s way, after which coach Andrea Giani’s squad extended it to 19-15. But the Slovaks would not give in just yet. Stringing three in a row, they leveled back the score at 23-23 to prompt a dramatic ending. Germany responded with a successful spike to reach match point, after which Slovakia finally surrendered with a faulty attack for 23-25.

Christian Fromm was the best scorer of the match with 12 points. His teammate Marcus Böhme contributed another 10 to the victory. Peter Ondrovic and Matej Patak shared the honours on Slovakia’s side with 9 each.

Emanuel Kohut, captain of Slovakia: "The sad thing is that we won only one set during this championship. But overall, we are very happy to be part of such an event, because the atmosphere was incredible."

Daniel Koncal, player of Slovakia: "I regret that we did not play well during the first set, because the second and the last sets were much better. We were able to show that the difference between us and the Germans could be minimised. We tried to keep it close, but it was a huge event for us and the pressure was on."

Lukas Kampa, captain of Germany: "We were glad that our coach changed the match roaster a little bit, and some players were given a chance to show their skills to the Polish audience. The result 3-0 is great for us, because we stamped our first place in Pool B."

Michael Andrei, player of Germany: "It is a huge advantage for us that we have one more day for recovery. It does not matter which team we will be playing against in the quarterfnals, because we have to be 100% prepared for every opponent."