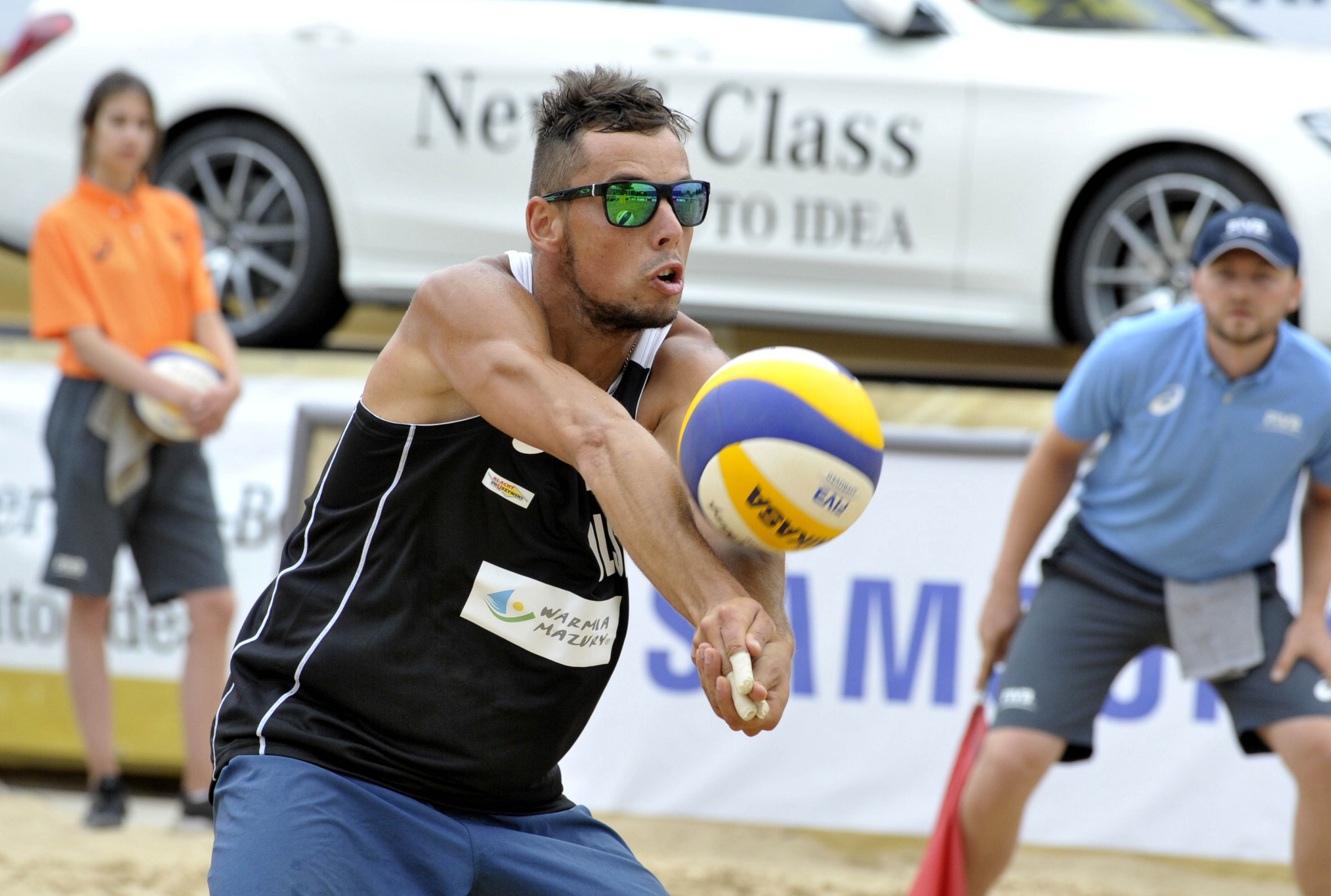 Polish teams played eight matches on Friday in FIVB Beach Volleyball Warmia Mazury World Tour Olsztyn 2017. Only Prudel/Kujawiak and Fijałek/Bryl stayed in the tournament as the only Polish team. Kołosińska/Gruszczyńska finished tournament after defeat in 2nd round.

Prudel/Kujawiak had to win the last game in poll G to gualify to 1st round and they succeed. They won against Canadians - Saxton/Schalk 2:0 (21:19, 21:19). – We took right decisions in crucial moments - Prudel said. Brasilians Pedro/Guto were their opponents in first round. Polish team won after tie-break event though Brasilians were supposed to be a strong opponent. – There are two weeks left to FIVB World Championships and everyone is trying to perform as best as he can. I’m satisfied that we are in a good condition and keep the best shape till the most important matches some - Prudel said.

Another Polish team - Rudol/Szałankiewicz made a surprise by winning with Alvaro Filho/Saymon. Brasilians lost 0:2 (17:21, 17:21) even though they were fighting strongly to make it to the tie-break. – We should perform in every game like we did it today. That was our real face - Szałankiewicz said.

Kantor/Łosiak were the only Polish team who won the first pool game, but they lost in the second one against Virgen/Ontiveros (Mexico) 1:2 (21:16, 16:21, 12:15). Fijałek/Bryl defeated in tie-break with Alison/Bruno. – We should continue our good serve from the first set when we won. When you play against such a experienced team as Brasilians, you can make mistakes because then it’s hard to undo the lossess - Fijałek said.

In three of first round matches played four Polish teams. Two of them played against each other - Łosiak/Kantor and Rudol/Szałankiewicz. Olympians from Rio dominated the whole game and won 2:0. Szałankiewicz were sad after that defeat, but he didn’t want to make any excuses even though he come right after leg’s injury in that tournament.

Fijałek/Bryl didn’t get it to the 2nd round and lost against Herrera/Gavira (Spain) in the first round.

Last match of Polish teams on Friday was Kołosińska/Gruszczyńska game in 2nd round. Unfortunately they lost against Brasilians Agatha/Duda 0:2 (19:21, 19:21). Anyway Polish team finished at 9th place, which is his best result this season in World Tour. – Now we are focused on preparation to European Championships - Kołosińska said.

On Saturday all matches starts at 8.30 a.m. Prudel/Kujawiak will play 2nd round game with Kawalenka/Dziadkou (Belarus) and Kantor/Łosiak wil face Americans Lucena/Dalhausser.