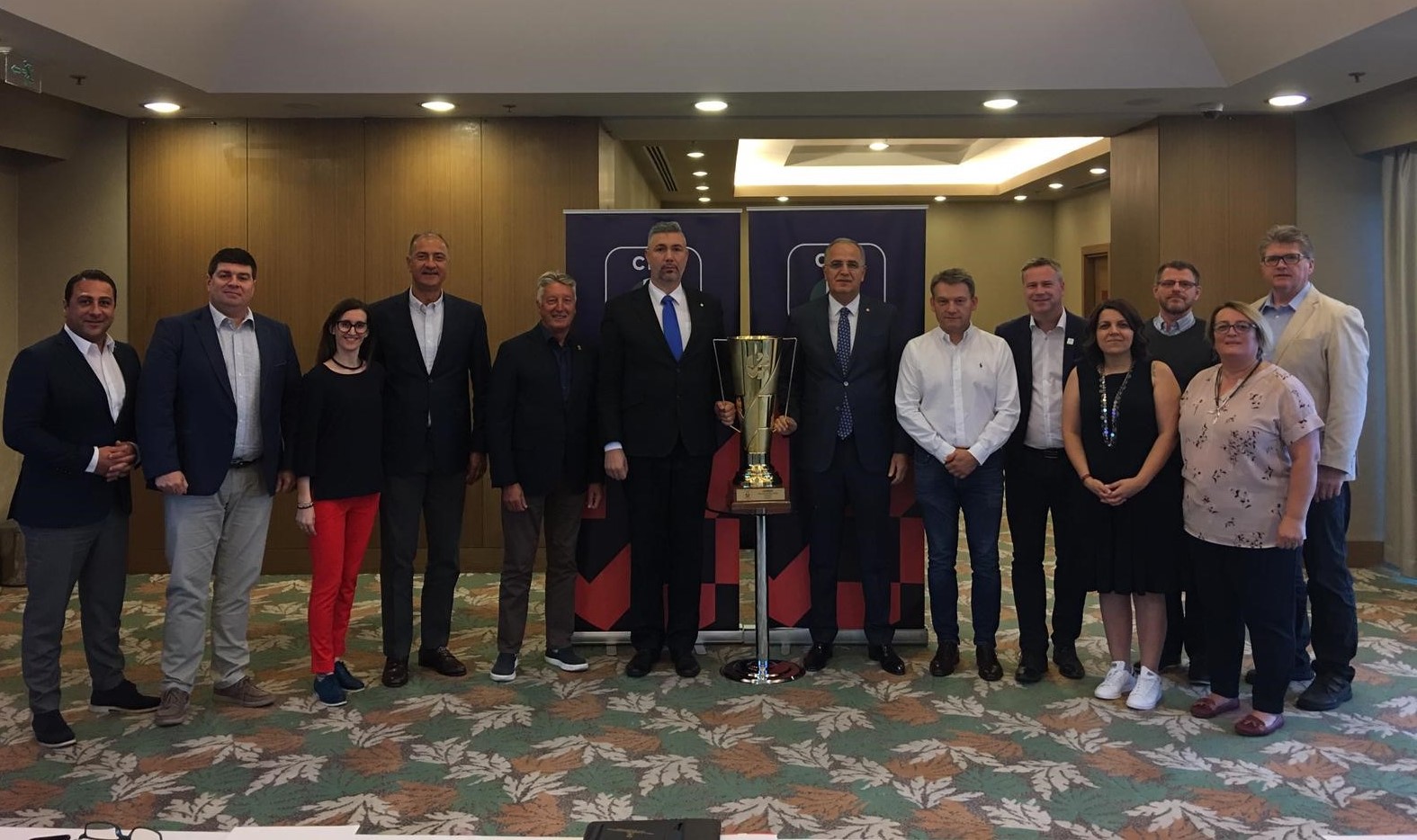 The countdown to the history-making CEV EuroVolley 2019 Women continues and on Monday, the representatives of the CEV – including CEV Senior Vice President and Jury President Renato Arena and CEV Vice President and Treasurer Özkan Mutlugil – and of the four host countries came together in Ankara for one last meeting before they all focus on fine-tuning the respective preparations for the much-anticipated event. The championship is due to get underway on August 23 across four countries – Turkey, Poland, Hungary and Slovakia – and the common goal is to spark an unprecedented Volleyball fever across the whole of Europe.

There was one extra ‘guest’ at the meeting, the glittering, golden trophy designed for the eventual winners of the continental showpiece event, who will emerge at Ankara Sports Hall on September 8, 2019.

It is the very first time in Volleyball history EuroVolley takes place across four countries and the tournament features as many as 24 teams. This reflects the wish of the CEV leadership to provide opportunities to as many countries as possible to compete at the highest level and to take Volleyball at its finest to the four corners of Europe.

Slovakia and Hungary are hosting an event of this calibre for the first time in their history, while EuroVolley Women returns to Turkey and Poland after these countries played host to the 2003 and 2009 editions of the championship, respectively. Out of the four host countries, Poland are the only one to have claimed the title before – and they did so when they secured consecutive European crowns in 2003 and 2005.