The best volleyball player in Europe 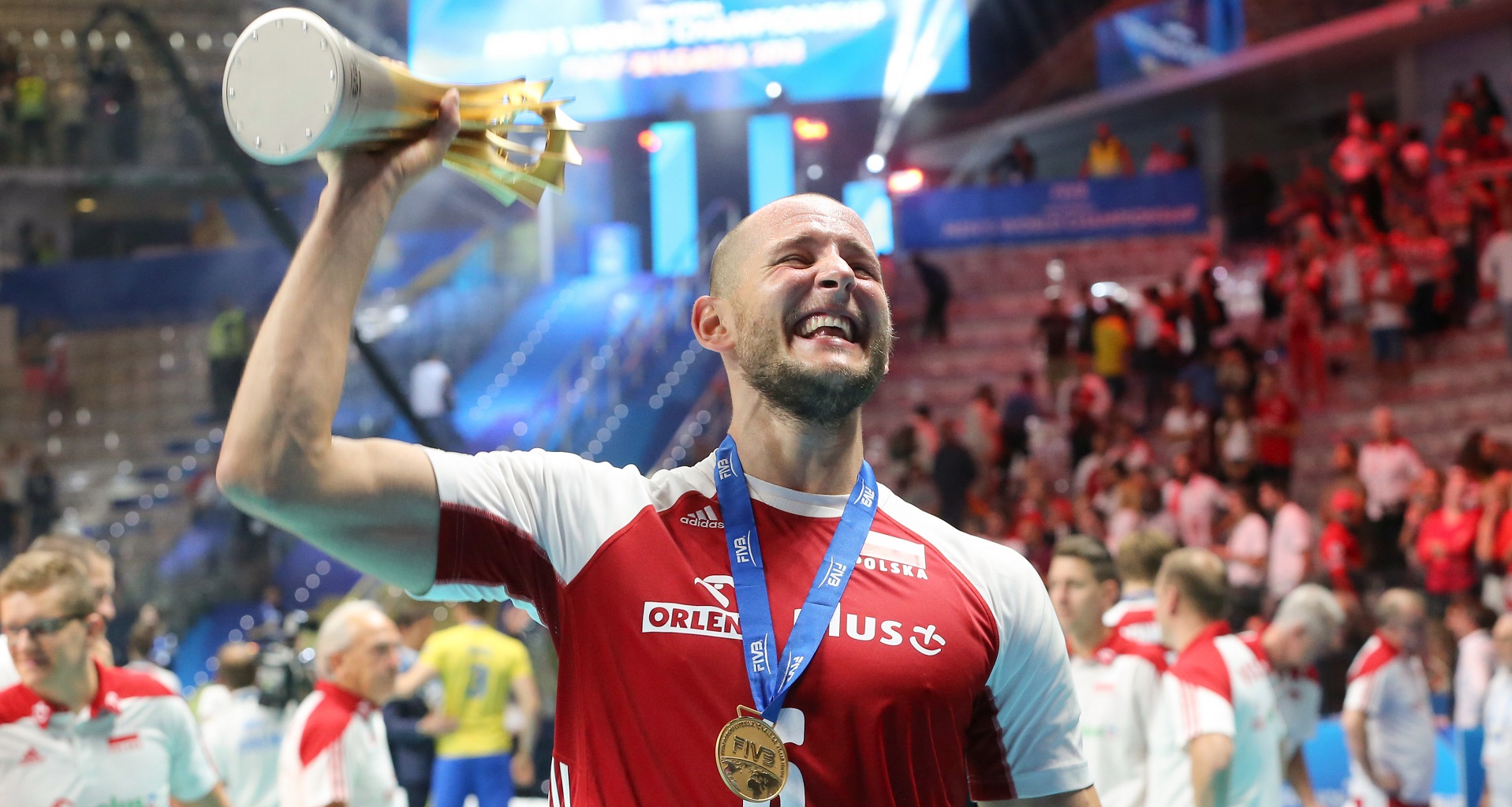 Bartosz Kurek’s way from the missed FIVB World Championship 2014 to winning the title in Turin on September 30, 2018 could easily be made into a movie. Four years ago he was not given a place on the national team and could only watch the championship matches, played in his own country, on the TV. This season he was the brightest star of the national team, he finished the most difficult rallies and on more than on one occasion was the person who decided the match’s final result. For his performance during the championship he was awarded the title of MVP and for the progress that he had made, tonight he has been announced as Male Volleyball Player of the Year 2018.

Volleyball in his DNA

Bartosz Kurek was destined to play volleyball. Although he was born in Wałbrzych, his feelings go towards Nysa, where he spent his childhood. It is also the place where his father Adam Kurek, Poland’s Vice-Champion of 1995 played. Kurek Senior had played as an outside hitter, just like his son did later for many years. He is the one responsible for the future Poland National Team player’s love for the sport. Love which withstood the test of time.

The golden boy of Polish Volleyball

Bartosz made his debut in the Poland’s top league very early – when he was just 16 years old and when he was only 19 he played his first National Team match. It was the year 2007 and the bout was a World League match against Argentina. The chance to represent the White-Red colors was given to Bartosz by Raul Lozano – who at that time was the National Team’s head coach. Bartosz used the opportunity well and became a part of the regular squad. In 2009 the eyes of all volleyball experts turned to the 21 years old outside hitter, who showed real skill in the European Championship and played a major role in Poland’s winning the Old Continent’s title. It was then that the media called him the “golden boy” and followed his career with ever-growing expectations.

One season before winning the European Championship Bartosz Kurek had signed a contract with PGE Skra Bełchatów, where he spent the following four years. The time with “black-and-yellows” brought him three national titles and boosted his self-confidence. In 2012 he accepted a tempting offer from Dinamo Moscow, but his time in Russia was not exactly a walk in the park. That was one of the reasons why he decided to spend the next two seasons in Italy with Lube Banca Macerata, winning their Serie A in 2014. It all bode well for the upcoming national team season – or so everyone thought…

After a series of training camps with the National Team’s newly-appointed head coach Stephane Antiga, it became clear that the two strong characters were not able to find a common language and adjust to each other. Eventually, the French coach did not call for Bartek to be part of the team for the 2014 World Champs – the tournament at which Poland won their first gold in 40 years. – Without what had happened four years ago, I would not have been where I am now. I would not have been the man I am now. I needed that kick – said Bartosz in several interviews.

All disagreements between Bartosz Kurek and Stephane Antiga were quickly explained and it’s just the French coach decided to change his current position. From that moment he started to play as a opposite and he supposed to be next Mariusz Wlazły in polish squad. With the Antiga’s vigilant eye Bartosz Kurek was training his new position but new coaches brought old habits back. Ferdinado De Giorgi in national team and Philippe Blain in PGE Skra Belachtow decided to put him on reception again. However, Vital Heynen who became a new coach of polish NT in February 2018 saw Kurek in different role. Belgian chose the variant with Bartosz as an opposite juggling in the line-up once again.

A real verification of Heynen's plan and the shape of Bartosz Kurek came during the championships. At the World Champs in Italy and Bulgaria on September 2018 polish spiker played amazingly and was a real leader of his team. During the most important moments of the tournament he was able to handle the pressure and make the difference in result more than once. Finally, in twelve matches he scored 171 points and in the final game with Brazil attacked with almost 70-percent of effectiveness. His statistics spoke for themselves and there was no surprise when he was chosen as the MVP of World Championship. It was definitely the dream tournament of “Kuraś”.

Male Volleyball Player of the Year

The real show that polish opposite made in Bulgaria and Italy and the change he went through since World Championship in Poland in 2014 were noticed by European Volleyball Confederation. The CEV authorities decided to award Bartosz Kurek the Male Volleyball Player of the Year 2018 -  I am very glad that I received this award, but it wouldn’t have been possible without the help of my teammates from Poland and coaching staff lead by Vital Heynen. I am happy that for the first time this prize went to the Pole and I will do my best to proudly represent my country. See you in various halls in Europe and around the world! – he said.