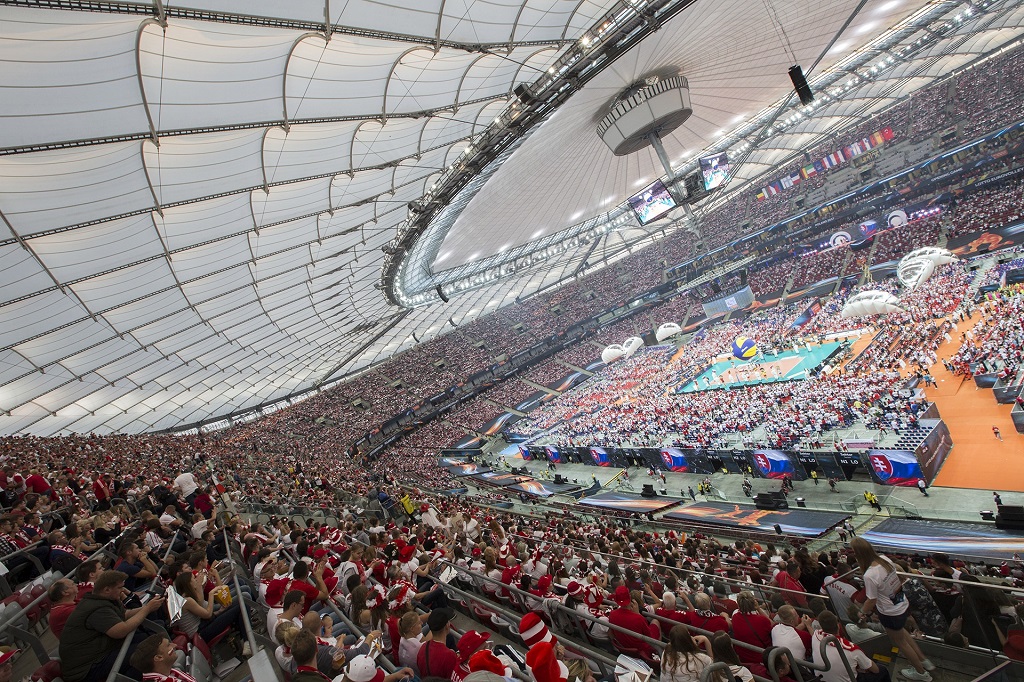 The other nominated events are the World Games which were held in Wrocław and Kamila Skolimowska Memorial.

Below you will find the official presentation of the LOTTO EUROVOLLEY POLAND 2017:

- I am Brazilian, however I have to admit that Poland is a volleyball number one. And it is not due to the fact that white-and-reds won the 2014 World Championship, but mainly thanks to the great fans and an extraordinary level of the events which you have organized. Poland is a wonderfull Volleyland and I do not say that, because I am now in your country. It is just the truth.

These words said by the President of the International Volleyball Federation Dr. Ary S. Graça F° could be enough for the entire comment on the European Championsip’s nomination. The event was held in Warsaw, Kraków, Katowice, Szczecin and Gdańsk. Although it ended with sports failure for the national team, the tournament itself became a great organizational success.

Once again Poland delighted the volleyball world with the opening match at the PGE National Stadium. The spectacular opening ceremony and game between Poland and Serbia were watched by over 60000 spectators, who created an unforgettable show. The next encounters took place in Ergo Arena in Gdańsk, Spodek in Katowice, Arena Szczecin and Tauron Arena Kraków. In total 36 matches were watched by 213.089 spectators, which on average gives 5919 fans per match!

Even when the Poland national team dropped out from the event, fans flocked to Tauron Arena Kraków in great numbers, to follow the best teams fighting for medals. All volleyball players paid compliments on organization, great atmosphere in the halls and provided conditions.

EuroVolley was already recognized by the European Volleyball Confederation. During the official gala in Moscow, the opening ceremony and match were honoured with the Event of the Year Award. - I would like to thank the Polish Volleyball Federation for the excellent preparation of this event. From the first edition of the men’s European Championship held in 1948 in Italy, Volleyball has come a long way, and tonight’s match will go down in history setting an all-time record of attendance in European Volleyball - said Aleksandar Boričić, CEV President. The honoured event was watched in Polsat by 3 444 462 viewers.