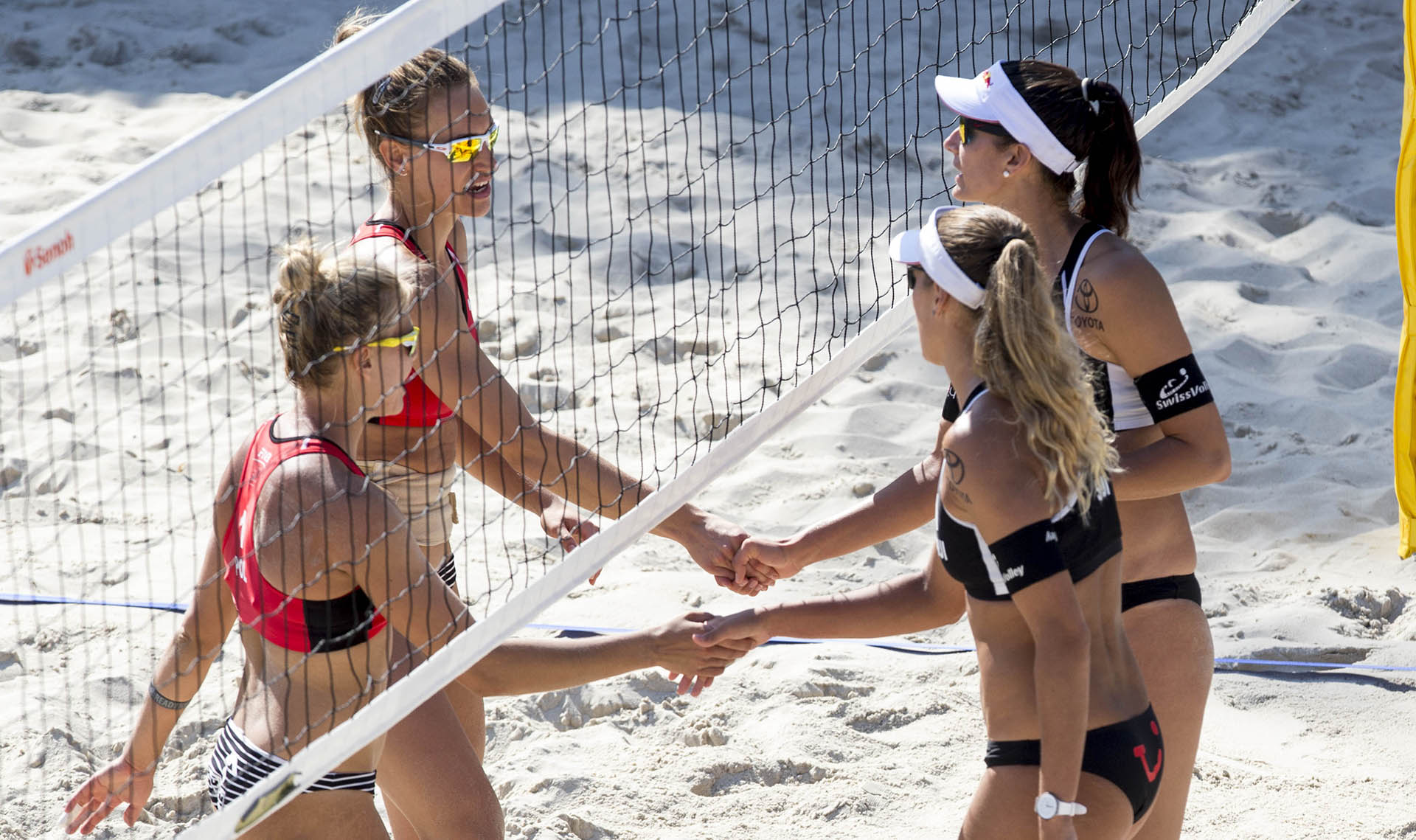 Jagoda Gruszczyńska and Aleksandra Gromadowska lost their second match of the group phase in Pool C and are already eliminated from the four-star World Tour event in Warsaw.

On Thursday Gruszczyńska and Gromadowska suffered a loss at the hands of the strong Brazilian duo - Maria Antonelli and Carolina Solberg Salgado and on Friday they played against a Swiss team - Heidrich/Verge-Depre. In this clash the Poles did not manage to win a single set, eventually losing 0:2 (16:21, 16:21).

- I don't know what was missing in our game, but on the other hand we cannot say that even if we had played well we could have  win against any of teams who compete here. We didn't show our best volleyball, but yesterday's first set and part of our game today proved that we can fight - we are catching many balls, but we had problems with finishing our first action and it played a role in this defeat. We have to stop being focused on our opponents and think only about ourselves. This is sport and sometimes you need luck. Today's match showed that sometimes we are out of this luck in the court. We can't say that the opponent is better, we just have to play our volleyball, because then even if we lose I can leave the court with my head held high knowing that my time will come - said Jagoda Gruszczyńska.

- I think that we improved some elements after yesterday's match, especially the sideout. I struggled with some problems, because they served on me. To be honest, after the first side I was a bit out of energy and therefore it looked as if we are playing with an idea, but without power and without it it's impossible to win in beach volleyball - said Aleksandra Gromadowska.

In the next tournaments Jagoda Gruszczyńska will play together with Aleksandra Wachowicz, with whom she was competing also last week in Ostrava. - For now, we will be separated with Jagoda, because of my injury I will be out of competition for the two next tournaments, I'm going to train in Spała and Jagoda is going to play with Ola Wachowicz in Espinho and Gstaad and then we will prepare for the European Championship where we are going to play together and it's our main goal for this season - added Gromadowska.