N'Gapeth, Mikhaylov and the Polish talents - the highlights of the 2017 international volleyball season! 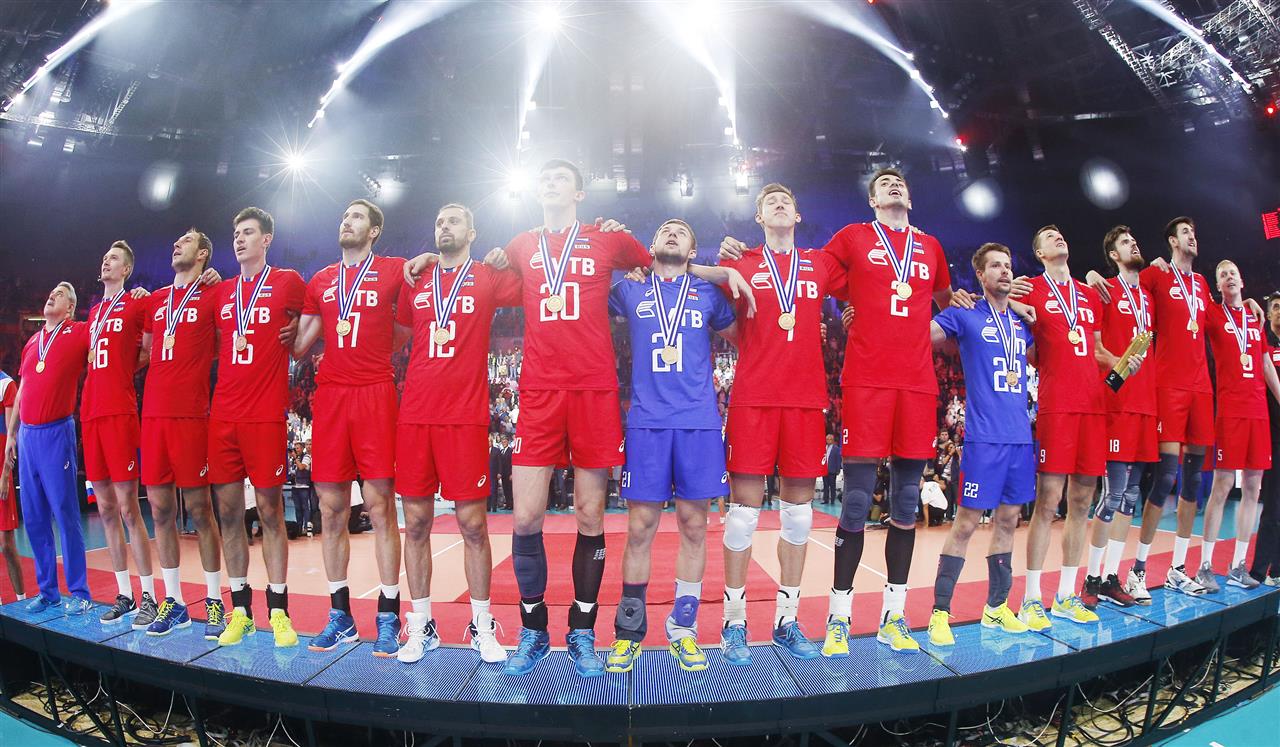 N'Gapeth, Mikhaylov and the Polish talents - the highlights of the 2017 international volleyball season!

The 2017 men's international volleyball season is already over. That's why Polsat - one of the biggest TV stations in Poland and broadcaster of volleyball events decided to sum up the season preparing the ranking of the best matches of this summer.

The starting line-up in volleyball consists of six players + libero, that's why Polsat has decided to select six matches and give one commendation. All these matches provided volleyball on the highest level and were the exciting clashes which sometimes ended with surprising results.

It was a match played at the international friendly tournament, however players supplied fans with top volleyball and a lot of emotions. Poland lost two first sets, but they managed to come from behind and win.

This clash was the young players’ show - the substitute players entered a court and beat the great rival. Łukasz Kaczmarek, Artur Szalpuk Aleksander Śliwka and U21 World champion - Jakub Kochanowski impressed with their performance and proved that the Polish volleyball has a potential for future.

This match showed that we have many good teams in Europe. It shows that even middle-class teams like Belgium and Turkey can provide exciting match at a very good level. Turkey was just a one step from making a big surprise, they had in total five match balls (in the fourth and fifth sets), however they lost in key moments suffering a 16:18 defeat in the last part of match.

The teams entered a court in completely different moods. The Serbs, one of the main favourites of the tournament were deeply disappointed by the semi-final defeat to Germany. For Belgians being in top four was already the biggest achievement in the event.

Both teams had created a very interesting show. The Belgians played with great engagement, but the experience and the offensive strength tipped the scales in Serbia's favour. After winning 15:12 in tie-break, team guided by Nikola Grbić returned home with bronze medals.

It was one of the biggest surprises of this season. The national team of Canada led by Stephan Antiga achieved a historic result winning their first-ever medal at major tournament. Before the Final Six in Curitiba, Canada was considered as the weakest team in the final round. Unexpectedly, they had advanced to the top four after winning in straight sets a match against Russia.

In the semi-final Canada suffered a defeat to Brazil, 1:3. However, they amazed and made another sensation in the bronze medal match beating their "eternal rival". The USA won the premiere, nevertheless three next sets were Canadian march for a well-deserved victory.

Serbia was a favourite of this match what was confirmed by first two sets won by them. The second set ended with crushing superiority of team led by Nikola Grbić 25:15, therefore everything could suggest that the match should be won in straight sets. However, the breakthrough came at 10:10, then Germany scored seven points in a row and took initiative on court. The fourth part was closed with the result 25:27. In tie-break at 9:10, Simon Hirsch served two aces and the Germans was in the lead, they kept it until the end of the match.

Germany are the second team in a row which Italian Andrea Giani led to the final of the European Championship. In 2015 he achieved it with the national team of Slovenia which had lost the gold medal match against France (0:3). This year with German team he claimed again silver after a defeat 2:3 to Russia.

Russia reached the final in impressive style - without losing a single set. For Germany it was the first ever gold medal match. The final certainly met the expectations of the most difficult to please fans. It was a festival of emotions, great rallies and turnabouts. Russia won two first sets without any major problems, but in the next two parts Germany showed their potential, although it was not enough to win in tie-break with such great opponent like Russia.

The finals of big events are sometimes not the top-class matches, because teams are overwhelmed by stake and are not able to show their best. However, this season was totally different - both the World League and European Championship finals were top-notch and unforgettable matches.

The final of the World League in Curitiba was one of these matches with the best volleyball and a pinch of magic. It was a splendid perform of Lucarelli, Wallace, Benjamin Toniutti, Jenia Grebennikov and Kevin Le Roux, however Earvin N'Gapeth stole their show. He showed the top-class volleyball and this level is available only for few best players in the world. He scored 29 points with many phenomenal actions. In the fifth set, at 11:10 for Brazil, he scored probably the breakthrough point of this final - defending a ball from the 8th metre, when ball return on the rival side, the Brazilians were staggered and just looked at ball which was landing in the corner of the court...

N'Gapeth struggled with back injury this season and it was the biggest misfortune of France. Only during the Final Six in Curitiba he was injury-free showing his best shape