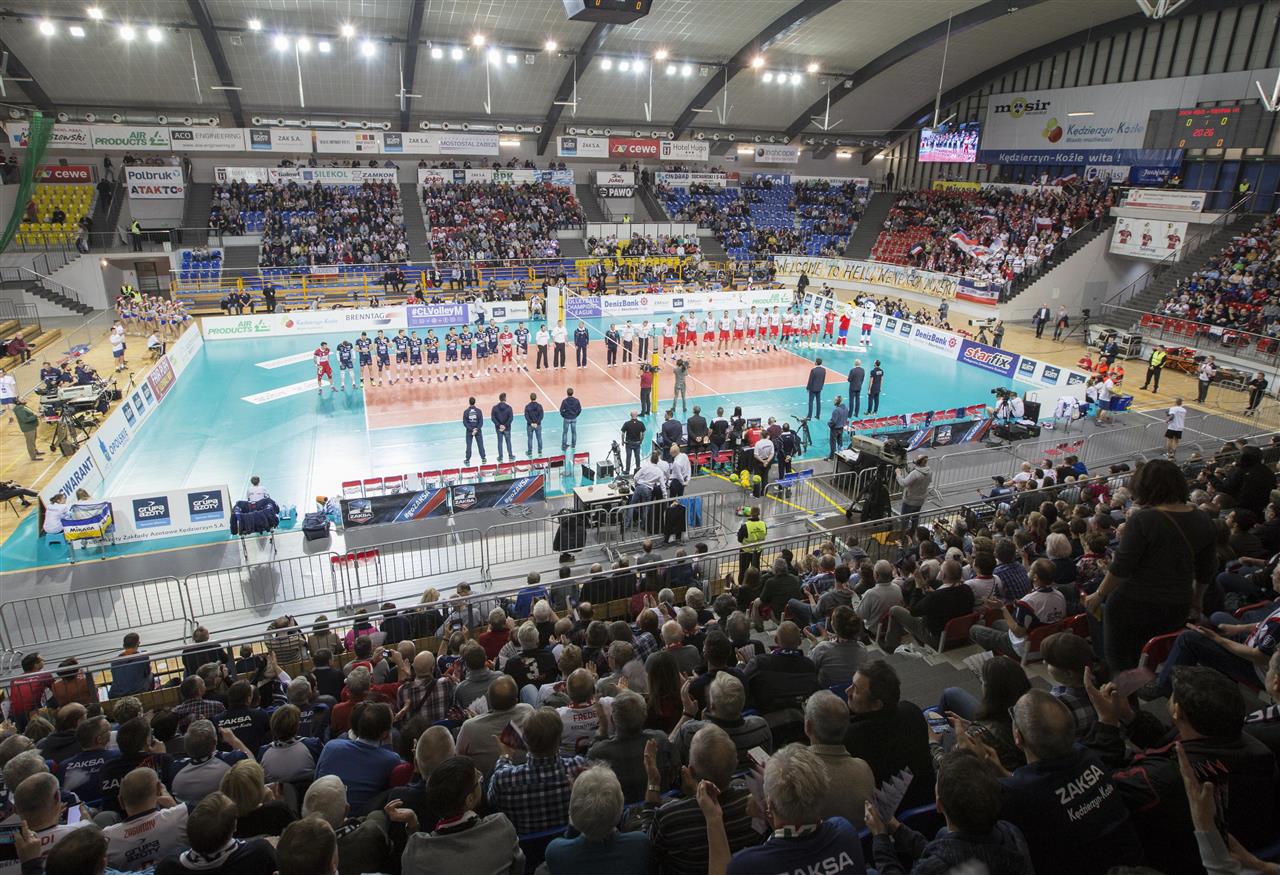 A few days ago, the national champion of Poland clashed with the Italian champion and today it was a turn to face the runners-up. In the second encounter in the group stage of the Champions League, ZAKSA Kędzierzyn-Koźle won 3:2 (18:25, 24:26, 25:23, 25:16, 15:12) with Diatec Trentino, defending the leader's position in the Group E.

The match against the best Italian team - Cucine Lube Cvitanova - which was played during the Club World Championship was a tough game and beautiful volleyball. At the end ZAKSA Kędzierzyn-Koźle was defeated 16:18 in the tie-break . The best Italian club team reached the great final of the event. They have performed very well also in the home league, being a leader with only one loss. Trentino do not have such impressive record - after twelve matches, they are ranked 8th with 5 defeats. However, in the Champions League - same as ZAKSA - they won their first encounter (against Noliko Maaseik 3:1).

Apparently, players from Trento decided to make up for their failures in the national league, showing their strength in European competition. They started the match against ZAKSA impressively, performing very well in defence and attack (57%, with ZAKSA only 37%). The hosts had a hand in the opponent's first set win, because they opened the match with no verve. They did not impress in any element, but their lack of power was  most visible in the attack. Even Sam Deroo, who usually is the most reliable player of ZAKSA, was not able to force his way through the Italian block, making three errors in a row this way (14:21).

There was more fight in the second part of the game, Torres and Buszek were more effective, however Deroo was still not able to show his best. Despite this, Benjamin Toniutti stubbornly kept delivered him situational balls like in the opening set. The Belgian was caught twice by Italian block (20:21). Thanks to great service from Łukasz Wiśniewski, ZAKSA had their first set ball. Unfortunately, Mateusz Bieniek was not able to kill on the short spike. Then, Renee Teppan went to service position and scored two points, thus ending the second set.

The third set showed that Sam Deroo is a key player of ZAKSA, after poor performance in the first two sets with only 17% effectiveness in attack, he reborn in the third part. First, he scared the opponent with service and then with attack (16:14). Unfortunately, ZAKSA's outside hitter was not able to keep up the good disposition for longer time, therefore at 17:19 Rafał Szymura replaced him. The young substitute performed very well helping his team to extend the match.

The fourth part uncovered why Trento have struggled with problems in national league. As soon as the opponents pushed on them with good service, they started to get lost. Simone Giannelli was setting the ball imprecisely, so his colleagues had big problems with finishing action. In addition, the entire team lost their power in the service field. ZAKSA, on the other hand, completely rebuilt their game and tied in sets without any problems. The tie-breaker started with a point-by-point race, but once ZAKSA got a two-point advantage, the rivals got more nervous and some mistakes happened which - at the end - were crucial for the final result (team led by coach Lorenzetti made 36 errors in the whole match against ZAKSA's 25).